We develop and employ new and advanced optical technologies, including spectroscopic instruments for trace gas detection, and advanced algorithms for the next generation of ground-based and airborne atmospheric measurements. Working with atmospheric modelers, the ALTAiR group uses the high-quality data thus obtained to further advance our understanding of atmospheric processes and chemical transformations. 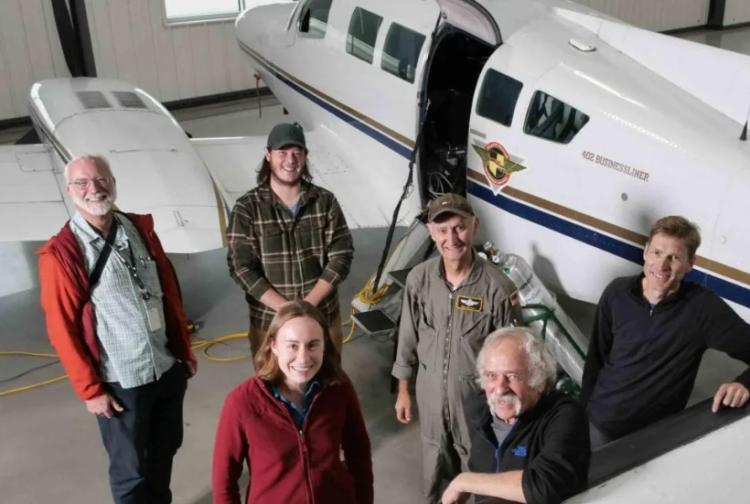 Hunting for emissions thousands of feet up (CU Boulder Today) ↪

A major focus is the development of ever more sensitive, selective, lighter, and autonomous instruments.  Although ALTAiR instruments have centered on measuring the trace gas formaldehyde, our approach can be adapted to detect many other trace atmospheric gases.  For example, our CAMS instrument is being upgraded for simultaneous fast measurements of formaldehyde with ethane, the most abundant nonmethane hydrocarbon in the atmosphere and the second most abundant constituent of natural gas. Other trace gases are also under consideration for study.

In 2006, we developed and successfully deployed the world’s first infrared absorption spectrometer employing non-linear optical mixing, known as difference frequency generation (DFG), on airborne platforms for ultrasensitive measurements of the trace gas formaldehyde. Using this and older technologies, ALTAiR group members have acquired measurements of this important ozone and hydrogen radical precursor from the arctic boundary layer, to lower and upper atmospheric regions of China, Japan, remote Pacific and Atlantic Oceans, Alaska, and various locations over the United States, Canada, and Mexico.Working in close collaboration with atmospheric modelers, the ALTAiR group further analyze their high quality data thus acquired to advance the understanding of atmospheric hydrocarbon oxidation processes, chemical transformations, and ozone production rates throughout the troposphere and lower stratosphere. 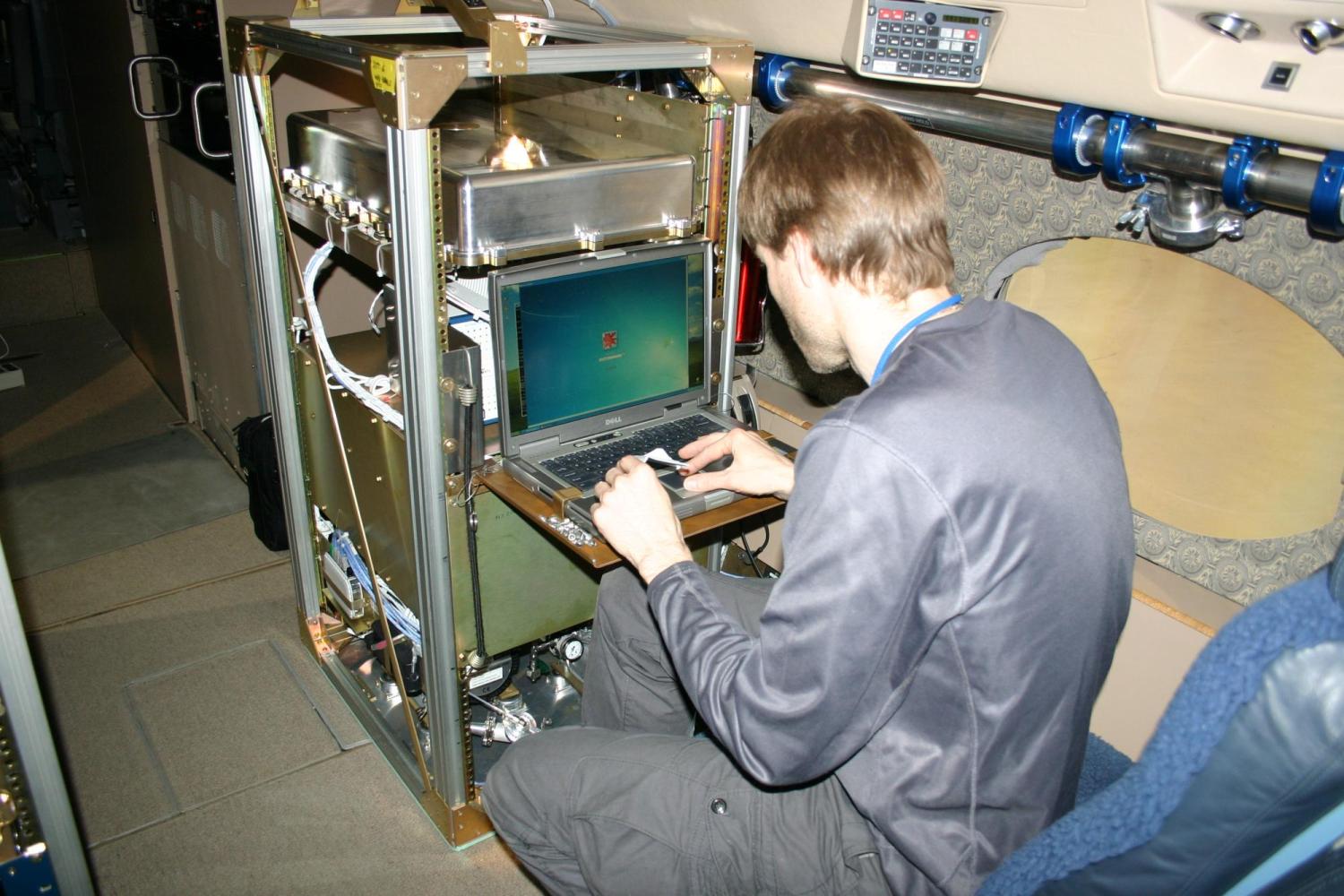 Petter Weibring operates CAMS, a sensitive DFG spectrometer, during a flight on a NCAR/NSF Gulfstream-V aircraft to study formaldehyde transported from low altitudes to the upper troposphere and lower stratosphere.

In 2012, the ALTAiR group developed a new lighter and even more sensitive DFG spectrometer for the NCAR/NSF Gulfstream-V aircraft to study formaldehyde transported from low altitudes to the upper troposphere and lower stratosphere (UT/LS) during the 2012 Deep Convective Clouds and Chemistry (DC3) Study. Such transport affects hydrogen radicals and ozone formation in the UT/LS. The ALTAiR group also deployed their older DFG instrument on the NASA DC-8 aircraft during the DC3 study. 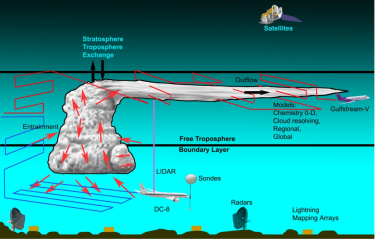 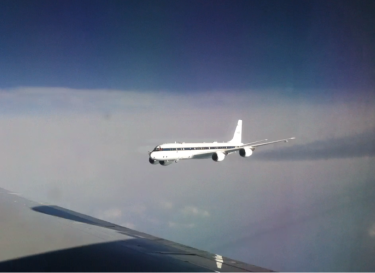 NASA’s DC-8 aircraft taken from the GV aircraft during the DC3 Study. The ALTAiR group deployed DFG spectrometers on both aircraft. 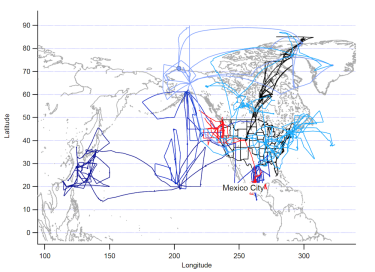 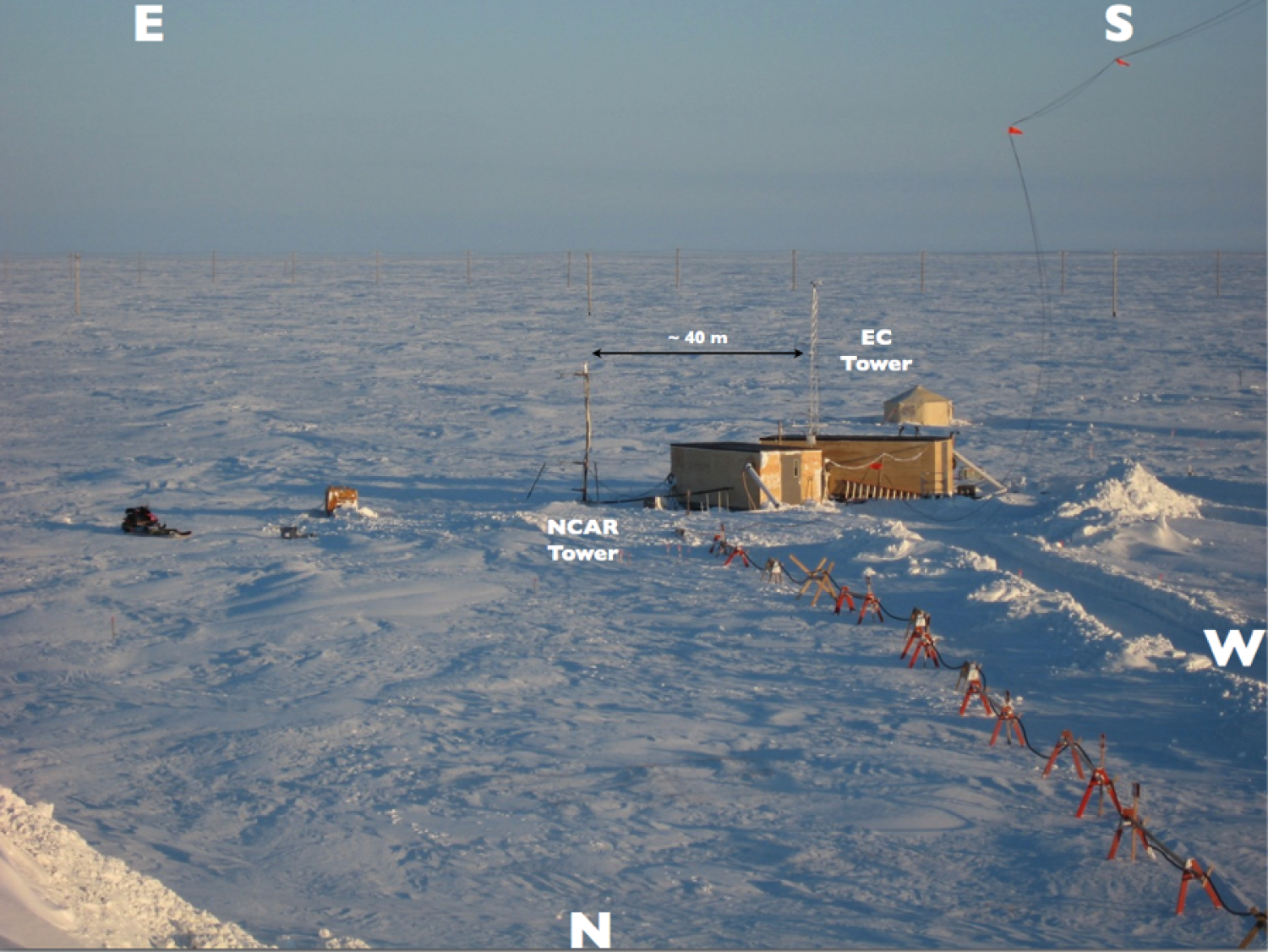 The ALTAiR group deployed their older DFG instrument during the 2009 Ocean-Atmosphere-Sea Ice-Snowpack (OASIS) Study to measure formaldehyde fluxes from the arctic snowpack. During the arctic spring, boundary layer ozone is often completely or mostly depleted by reactions involving chlorine and bromine compounds. As formaldehyde is intimately involved in these reactions, quantifying formaldehyde snow emissions is important for a comprehensive understanding of the chemical processes involved. The gradient flux method, using sonic anemometers on two sampling towers, was employed. 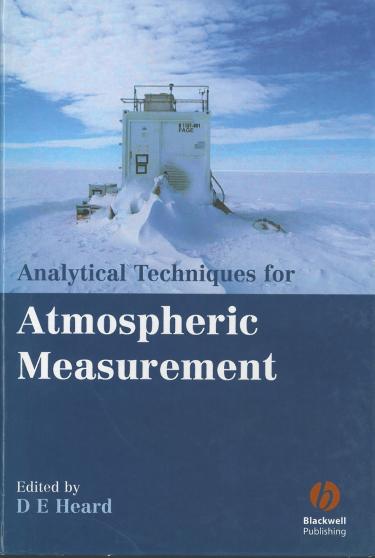 In addition to more than 120 journal publications discussing their results and new instrument developments, the ALTAiR group published a book chapter detailing both theoretical and practical aspects of infrared absorption measurements. The chapter is in Analytical Techniques for Atmospheric Measurement.

Publications for Richter and Weibring are shown below.  Many were co-authored by Fried. His publications can be seen with Google Scholar search results for author:"Alan Fried".  Then click on "all time" to see his older publications.

On the sources and sinks of atmospheric VOCs: an integrated analysis of recent aircraft campaigns over North America

Sources and characteristics of summertime organic aerosol in the Colorado Front Range: perspective from measurements and WRF-Chem modeling

Sources of secondary organic aerosol in the Front Range of Colorado