INSTAAR research is featured in thousands of news stories per year and more than 10,000 social media posts per year. Outlets include the New York Times, Washington Post, PBS NewsHour, National Public Radio, and as well as more regional news outlets like High Country News, 9News, and the Denver Post.  The below list is a set of selected highlights.  Additional stories are noted @INSTAAR on Twitter. 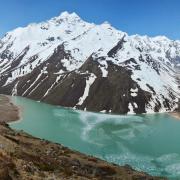 A new Cold War in the Himalaya: Asia’s water tower as a climate and geopolitical hotspot (Nepali Times)

Updates from last week's virtual conference, "The Himalayas: Geopolitics and Ecology of Melting Mountains," that brought together academics and researchers from around the world, including INSTAAR Alton Byers.

END_OF_DOCUMENT_TOKEN_TO_BE_REPLACED 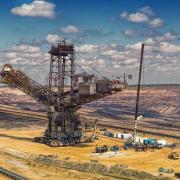 A new study coordinated by CU Boulder makes clear the extraordinary speed and scale of increases in energy use, economic productivity and global population that have pushed the Earth towards a new geological epoch, known as the Anthropocene. Distinct physical, chemical and biological changes to Earth’s rock layers began around the year 1950, the research found. Led by Jaia Syvitski, CU Boulder professor emerita and former director of the Institute of Alpine Arctic Research (INSTAAR), the paper, published today in Nature Communications Earth and Environment, documents the natural drivers of environmental change throughout the past 11,700 years—known as the Holocene Epoch—and the dramatic human-caused shifts since 1950. Such planetary-wide changes have altered oceans, rivers, lakes, coastlines, vegetation, soils, chemistry and climate.

END_OF_DOCUMENT_TOKEN_TO_BE_REPLACED 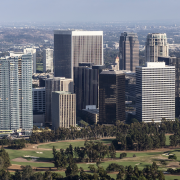 The Los Angeles Basin is often thought of as a dry, heavily developed landscape. But a new study in PNAS led by NOAA and the University of Colorado Boulder shows that the manicured lawns, emerald golf courses, and trees of America’s second-largest city play a surprisingly large role in its carbon footprint.

END_OF_DOCUMENT_TOKEN_TO_BE_REPLACED 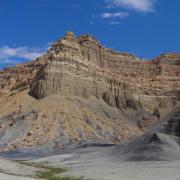 Someday, even wet forests could burn due to climate change (CU Boulder Today)

Millions of years ago, fire swept across the planet, fueled by an oxygen-rich atmosphere in which even wet forests burned, according to new research by new PhD graduate F. Garrett Boudinot and Julio Sepúlveda. The study, published today in Nature Geoscience, provides geochemical evidence showing that forest fires expanded dramatically, potentially burning up to 30 or 40 percent of global forests during a 100,000 year interval more than 90 million years ago. While today's fires are exacerbated by dry conditions, they found that forest fires during this period increased even in wet regions due to changes in global climate.

END_OF_DOCUMENT_TOKEN_TO_BE_REPLACED 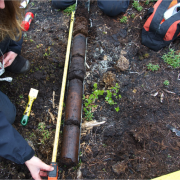 The Arctic is burning in a whole new way

END_OF_DOCUMENT_TOKEN_TO_BE_REPLACED 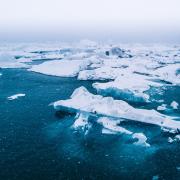 A new study, led by Martin Miles, finds a trigger for the Little Ice Age that cooled Europe from the 1300s through mid-1800s. The study also supports surprising model results suggesting that under the right conditions sudden climate changes can occur spontaneously, without external forcing.

END_OF_DOCUMENT_TOKEN_TO_BE_REPLACED 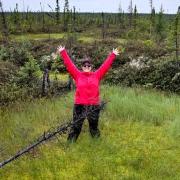 Alaska is getting wetter. That’s bad news for permafrost and the climate

Alaska is getting wetter. A new study spells out what that means for the permafrost that underlies about 85% of the state, and the consequences for Earth’s global climate.

END_OF_DOCUMENT_TOKEN_TO_BE_REPLACED 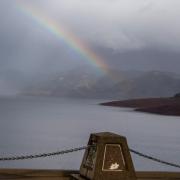 In February 2017, failures in the spillways of Oroville Dam forced the evacuation of 188,000 people and caused $1 billion in damage repairs. According to scientists, including INSTAARs Keith Musselman, Leanne Lestak, and Noah Molotch, a warmer climate might create more dangerous events like this.

END_OF_DOCUMENT_TOKEN_TO_BE_REPLACED 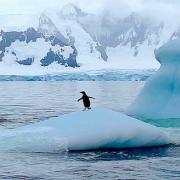 In a "news and views" piece in Nature Climate Change, INSTAAR Sharon Stammerjohn and CIRES researcher Ted Scambos spell out the evidence and consequences of rapid warming at the South Pole and call for action to “flatten the curve” of global carbon emissions.

END_OF_DOCUMENT_TOKEN_TO_BE_REPLACED 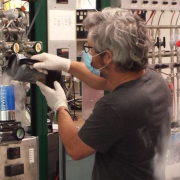 Researchers from NOAA and the University of Colorado have devised a breakthrough method for estimating national emissions of carbon dioxide from fossil fuels using ambient air samples and a well-known isotope of carbon scientists have relied on for decades to date archaeological sites. In a paper published in Proceedings of the National Academy of Sciences, they report the first-ever national scale estimate of fossil-fuel derived carbon dioxide (CO2) emissions obtained by observing CO2 and its naturally occurring radioisotope, carbon-14, from air samples collected by NOAA’s Global Greenhouse Gas Reference Network.