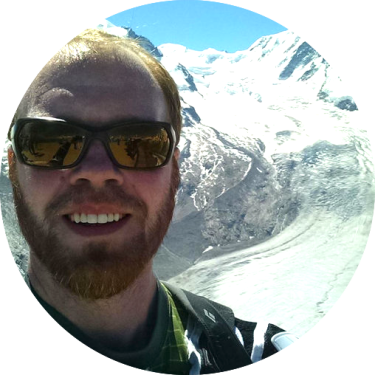 I’m interested in water movement and storage and the use of this information for weather, climate, food and energy production, and regional water management.

I’m also interested in building tools that can be used repeatably and that are useful to people that do not have as much expertise or funding but have the desire to learn and expand local expertise.

Dr. Rittger is a Research Associate at INSTAAR where he works on federally sponsored projects from NASA, NOAA, USGS, and USAID that focus on scientific research, application, data archiving and distribution, and capacity building. His research areas include mapping snow and ice at a spatial scale suitable for mountainous terrain and large-scale physically-based distributed modeling of snow. He has remote sensing, modeling, and fieldwork experience working in data rich regions like the Continental US and data poor regions like the Himalaya and Hindu Kush. His work has led to publications that use NASA satellite data to better understand the Earth climate system. He leads the Snow Today team at the National Snow and Ice Data Center providing real-time information for users. His cross-agency efforts include collaboration with NOAA remote sensing experts for a 10-year plan and also lead to the production of the USGS fractional snow cover products. He a MODIS/VIIRS Land Team member, an Executive Board Member of the Snow International Working Group, and participates in multiple NASA working groups on snow.

Improving snow albedo modeling in the E3SM land model (version 2.0) and assessing its impacts on snow and surface fluxes over the Tibetan Plateau

How Important Is Meltwater to the Chamkhar Chhu Headwaters of the Brahmaputra River?

Comparison of modeled snow properties in Afghanistan, Pakistan, and Tajikistan

To assist water managers, scientists, and the public in understanding snow, I lead Snow Today, an INSTAAR and NSIDC collaboration using NASA data for near real-time snow analyses. Considering the importance of seasonal snow cover to climate and hydrology, coupled with the rapid changes occurring throughout the cryosphere, there is a pressing need for science-based community forums for monitoring, discussing, and contextualizing the state of snow conditions. We contribute snow analyses that provide (1) near-real-time updates of multivariate snow conditions, and (2) regular narratives that analyze the presented snow data from a climate and hydrologic perspective. These analyses and a frequent presentation of the basic data are an ideal approach for promoting science and understanding to the engaged public as well as scientists and students in related disciplines.