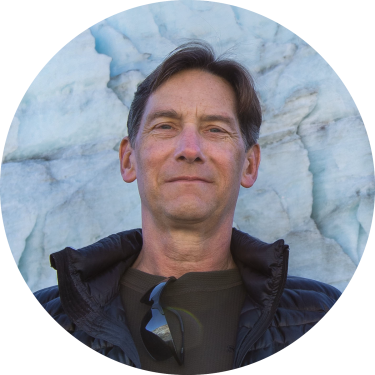 My research interests are broad, but all revolve around the use of environmental stable isotope ratios.

I established and operated the Stable Isotope Laboratory for the analysis of stable isotope ratios of carbon, hydrogen, nitrogen, oxygen and sulfur. My specific areas of research include modeling the global carbon cycle using isotope ratios in atmospheric carbon dioxide and methane, development of techniques for measuring isotope ratios in atmospheric gases, reconstructions of paleo-environmental conditions using isotopes in ice cores, reconstructions of past environments from isotopes in organic materials, and tracing of ground water flow and recharge. I have been a member of several deep ice coring projects in Greenland (GISP2, NorthGRIP, and NEEM) and Antarctica (Siple Dome and Inland WAIS). I am also an affiliate of NOAA and work closely with the Carbon Cycle Group there.

Starting in the late 1980s, my ice core research has helped to show that large climate changes tend to occur in the natural system as abrupt and rapid shifts in mode probably driven by internal adjustments in the Earth climate system, rather than slow and gradual adjustments to changing external conditions, such as the amount of energy received from the sun. Shifts of more than 10˚C in mean temperature in less than a human lifetime are common in the paleoclimate record, and serve as a warning that adaptation to future climate changes may not be easy. My research in isotopes in the carbon cycle has also helped to show that land plants are capable of removing large amounts of carbon dioxide from the atmosphere, amounts that equal our input of CO2 from fossil fuel burning on short time scales. Such large changes in the uptake of CO2 by plants is a key piece in the puzzle we must solve to formulate workable policy on CO2 levels and climate change.

Reconstruction of Temperature, Accumulation Rate, and Layer Thinning From an Ice Core at South Pole, Using a Statistical Inverse Method

The anatomy of past abrupt warmings recorded in Greenland ice

Continuous-Flow Analysis of delta O-17, delta O-18, and delta D of H2O on an Ice Core from the South Pole

Reconstruction of temperature, accumulation rate, and layer thinning from an ice core at South Pole using a statistical inverse method

Very Strong. Atmospheric Methane Growth in the 4 Years 2014-2017: Implications for the paris Agreement

My teaching interests at the undergraduate level focus on human interactions with the environment, as well as general geosciences. I have a strong commitment to undergraduate education in this area, as I believe that an educated citizenry is important in ensuring that reasonable environmental policy is made and implemented. I teach and helped to develop a large lecture class, Introduction to Environmental Studies (ENVS 1000). This course covers the broad spectrum of environmental studies, from the social to the natural sciences.  In addition, I developed and teach a large upper level undergraduate course, GEOL 3520, Environmental Issues. This course addresses our present and future energy sources, and how those energy sources affect the Earth’s systems, including climate and biogeochemistry. At the graduate level, I teach courses in my research specialty, stable isotope geochemistry and biogeochemistry.  I have also taught the ENVS Honor’s course, and supervised the ENVS Internship Program. I have also been relatively successful in securing funding for education at CU. With a number of other faculty at CU, I have had grants funded by NASA (Earth System Science Education), as well as a multi-million dollar NSF-IGERT graduate training grant. This grant supported 13 graduate students per year for five years in an experiment in team building, disciplinary silo breaking, and co-educating social science, natural science, and journalism graduate students in carbon cycle dynamics, economics and policy. 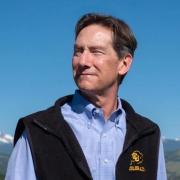 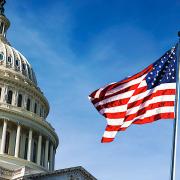