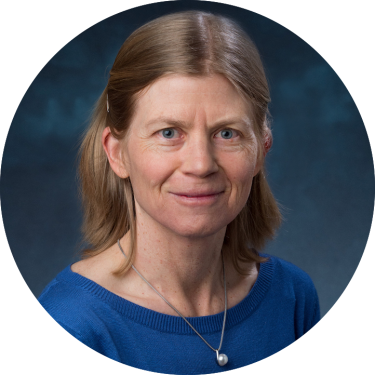 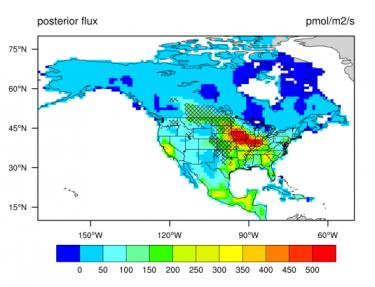 My research interests include the global biogeochemical cycles of carbon and nitrogen and their impact on atmospheric trace gases, including atmospheric potential oxygen (APO) and the greenhouse gases nitrous oxide (N2O) and carbon dioxide (CO2). I have performed atmospheric inversions of observed N2O to infer source distributions over North America, finding that N2O emissions are concentrated in agricultural regions, particularly the Midwestern corn/soybean belt. My work shows that these emissions occur mainly in springtime coincident with the application of nitrogen fertilizers. My ongoing research seeks to elucidate the overlap of climatic variability with fertilizer and other agricultural management practices to better understand the human and climatic controls on N2O emissions.

I have also worked on broader issues of carbon-nitrogen cycling, including the control that nitrogen exerts as a limiting nutrient on terrestrial primary production. My research examines how the mineral nitrogen pool is represented in Earth System Models and how that representation affects predictions of nitrogen trace gas emissions, nitrogen leaching and subsequent eutrophication in coastal zones, and CO2 sequestration in the terrestrial biosphere.

I have longstanding interests in ocean biogeochemistry, including quantification of the oceanic N2O source and use of atmospheric trace gases like N2O and APO to quantify oceanic net community production. I have conducted inter-comparisons of the oceanic modules of Earth System Models to evaluate their performance on APO and to assess confidence in future projections of oceanic uptake of atmospheric CO2.

I am also interested in the increasing prevalence among children of inflammatory neurological and immune system disorders, most of which have a strong environmental component. My publications in this field have focused on quantifying the time trend in U.S. autism prevalence, with my most recent work showing that autism prevalence has increased dramatically from near zero in the 1930s to over 1% among children born in 2012.

Finally, I am interested in the intersection of agriculture with human and environmental health, in which the same agricultural practices that lead to greenhouse gas emissions, coastal eutrophication and other environmental damage also contribute to obesity and chronic inflammatory disease in human consumers. In the context of current agricultural priorities that contradict the advice of nutrition and health experts, I am interested in exploring the large-scale issues of climate, biogeochemistry and resource consumption involved in shifting U.S. agriculture toward a greater focus on crops that nourish and support human health.

3-D Atmospheric Modeling of the Global Budget of N2O and Its Isotopologues for 1980-2019: The Impact of Anthropogenic Emissions

Magnitude and Uncertainty of Nitrous Oxide Emissions From North America Based on Bottom-Up and Top-Down Approaches: Informing Future Research and National Inventories

A model for the induction of autism in the ecosystem of the human body: the anatomy of a modern pandemic?

On the processes controlling the seasonal cycles of the air-sea fluxes of O-2 and N2O: A modelling study