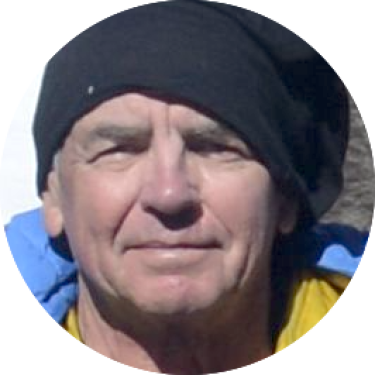 Alton C. Byers is a mountain geographer, conservationist, and mountaineer specializing in applied research, high altitude ecosystems, glacier hazards, and implementation of integrated conservation and development programs in the Himalayas, Andes, and East African Highlands. He has published widely on a range of scientific and popular topics, and is an author and co-editor of Mountain Geography: Human and Physical Dimensions (University of California Press at Berkeley, 2013).

Following receipt of his PhD from the Department of Geography at CU Boulder in 1987, he accepted a two-year position as Co-Manager of the Ruhengeri Resource Analysis and Management (RRAM) project in Ruhengeri Prefecture, Rwanda, volunteering as Scientific Advisor to the late Dian Fossey’s Karasoke Research Center. Following this he was hired by the then-Woodlands Mountain Institute to assist in the design, fundraising, and co-management of the new Makalu-Barun National Park and Conservation Area in eastern Nepal, where he lived for two years (1993-95) in a Nepali village with his young family. Upon his return to the U.S. in 1995, he established, funded, and worked as Director of the Andean Program with a base of operations in the Cordillera Blanca of Peru, turning the program over to a Peruvian national in 1997 who has managed the project ever since. This period of his career corresponded with a growing interest in alpine conservation and restoration, particularly in tourist-impacted regions of the Himalayas and Andes, where he combined applied research with community awareness building to form several local Alpine Conservation Councils in Nepal and Peru that remain effective to this day. He became Director of Appalachian Programs in 1998, developing a range of local conservation, mountain education, and teacher training programs, including the School for Mountain Studies that regularly took undergraduates on field courses to the Mt. Everest region of Nepal and Cordilleras Blanca and Huayhuash in Peru.

In the 2000s, Byers added climate change impacts on high mountain environments to his ongoing portfolio of alpine research and conservation, landscape change, and glacial lake management and risk reduction interests, funding and hosting three international, field-based climate change workshops in Nepal and Peru between 2009 and 2013. The High Mountains Adaptation Partnership (HiMAP), that he has co-managed since 2012 with the University of Texas at Austin, has been a particular highlight in his career, where he developed approaches to integrating results from HiMAP glacial lake rapid reconnaissance research into the local adaptation plan of action (LAPA) process. After 25 years at TMI of project implementation, applied research, cross-programmatic and institutional fundraising, he left TMI in April 2015 to pursue a range of writing, research, and high mountain projects and initiatives, and currently serves as Senior Research Associate at INSTAAR.

My research centers on:

For the foreseeable future, I intend to focus on:

The magnitude 7.8 earthquake of 25 May 2015 and its aftershocks leveled parts of Kathmandu and caused more than 8,000 deaths throughout the country. Scientists worried that the seismic activity could also have destabilized the fragile end moraines damming glacial lakes, leading to glacial outburst floods (GLOF). GLOFs can have devastating downstream impacts. 24 GLOFs are known to have occurred in Nepal, mostly in the decades since 1960.

See more about HiMAP's work with assessment of glacial lakes and climate adaptation in these videos:

Undertaking a graduate degree can be an exciting and challenging step toward the pursuit of mountain geography as a career. Unfortunately, I am not in a position to accept graduate students into research positions at this time. However, I would highly recommend that you investigate other faculty at INSTAAR and in the Geography department at CU Boulder, and contact instaar@colorado.edu at INSTAAR for information regarding programs with an interest in mountain geography.