A new children’s book is centered in the Critical Zone, the thin outer layer of Earth’s surface from the tops of the trees down to bedrock where life exists and interacts with rock, soil, water, and air. Designed for 8 to 12-year olds, the book is by INSTAARs Eric Parrish and Suzanne Anderson and is published by Muddy Boots Books.

The Living Landscape: Discovering the Critical Zone follows a young girl on a hike in the mountains. A fallen tree becomes a gateway for her to explore the ways air, water, plants, animals, soil, and rock cycle and affect each other. Naturalistic illustrations and informational text let readers follow her through her adventure. The story treats the landscape in an integrated way that is rare in children’s literature.

Cover of the Living Landscape

The book emerged from the Boulder Creek Critical Zone Observatory (Boulder Creek CZO), a research program that ran from 2007 through 2020 to study the critical zone from the Continental Divide to the western edge of the plains. Working with short stretches of time between other efforts and with small pieces of funding, creating the book took several years.

Parrish, an illustrator and designer, worked for the Boulder Creek CZO as a communicator. He conceived the idea for The Living Landscape and wrote a first draft in 2015. He also created all the illustrations. Anderson, an INSTAAR Fellow, Professor of Geological Sciences, and director of the Boulder Creek CZO, signed on to add scientific content.

“We were really wordsmithing, making sure that concepts were appropriate, that we had the right number of words on the page [or] appropriate vocabulary. We were tuning in concepts,” said Anderson. The goal was to bridge between scientific concepts and most people's lived experiences as they spend time outdoors.

Eric developed a new illustration style over the course of working on the book. “I transitioned from traditional media—oil and watercolor—to digital painting,” said Parrish. “I entered a 100 illustrations in 100 days challenge during COVID, and I made a jump at illustration number 50 to digital.”

The new techniques helped Parrish rework his illustrations to show the details of the natural environment. “Being part of the Critical Zone Observatory, I know the nuance. I got to study dirt,” said Parrish. “It definitely has variations in color and sedimentary layers. Showing that is all about light and texture and artistic tools.”

“I think my favorite page is the one about cycles,” said Anderson. “I love Eric’s graphic that connects the water cycle—which is taught widely—to the carbon cycle and plants, and this all connects to this big, slowly-turning rock cycle. This is how soil is made, at the interface between hydrosphere (water cycle) and lithosphere (rock cycle).”

It’s important to understand how connected everything is. We all think we’re separate, but we’re not.

The search for an agent or publisher took years, and eventually ended at the door of Muddy Boots, an imprint of Globe Pequot, the trade division of Rowman & Littlefield. Ironically, a previous incarnation of Muddy Boots had published a series of children’s books from the Long-Term Ecological Research program, including some with INSTAAR ties: the My Water Comes from the Mountains series and The Lost Seal. “They understand science,” said Anderson.

Example pages of the Living Landscape

The book is designed for 8 to 12-year olds. “They’re at an age where they’re asking questions about how things work and connections between things,” said Anderson. She added, “We still have questions too.”

“When I came into the CZO, I didn’t think I’d ever love the Critical Zone,” said Parrish. But the principles of connection soon had him hooked. “It’s important to understand how connected everything is. We all think we’re separate, but we’re not.”

Parrish said, “The underlying message of my projects—if I am successful anyway—is all things are connected. Life, love and caring for our world and each other.”

The Living Landscape is available wherever books are sold, including Rowman & Littlefield, Tattered Cover, Barnes & Noble, Amazon, and local retailers. 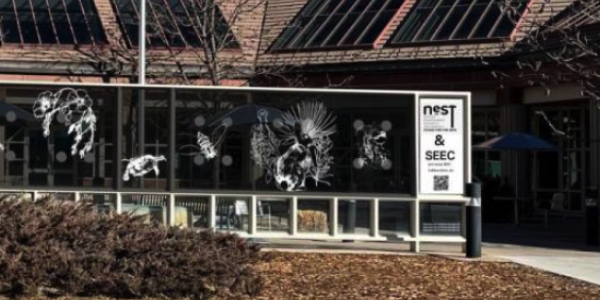 Seven science-inspired, larger-than-life artworks are welcoming students, staff and faculty back to campus this fall. They include the drawings of birds, bugs and botanicals that now adorn the glass at the entrance of our Sustainability, Energy and Environment Community (SEEC) building. END_OF_DOCUMENT_TOKEN_TO_BE_REPLACED 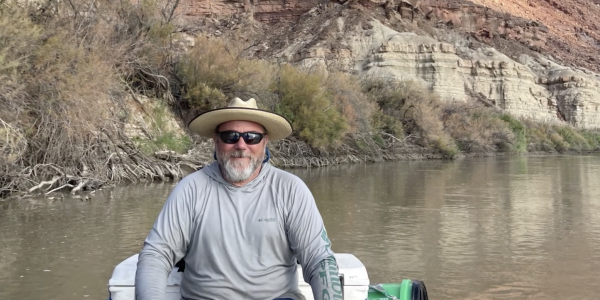 Presentation on Michael Gooseff, winner of the 2022 Robert L. Stearns Award, profiles his career as a polar science researcher and educator. Gooseff leads the McMurdo Dry Valleys Long-Term Ecological Research project, chairs the Water Quality Control Commission for the State of Colorado, and was a member of the Scientific Advisory Board on Water Body Connectivity for the Environmental Protection Agency among other leadership and teaching roles. END_OF_DOCUMENT_TOKEN_TO_BE_REPLACED 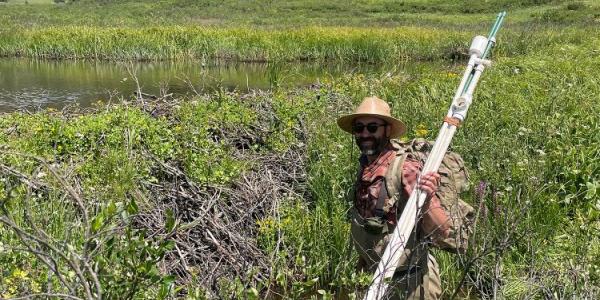 Randall Duncan is an undergraduate student who is also a U.S. Army veteran. He is pursuing dual degrees in geology and geography while working with Holly Barnard on hydrology research in the critical zone. Duncan is investigating how beavers influence rivers and floodplains near Crested Butte, Colorado, funded by the NSF GEO-VETS (Geosciences-Veterans Education and Training) initiative. END_OF_DOCUMENT_TOKEN_TO_BE_REPLACED
Categories:
Tags: