The secret life of glaciers: Lake sediments reveal a 10,000 year record of climate and ice

The secret life of glaciers: Lake sediments reveal a 10,000 year record of climate and ice

A team of past and present INSTAAR researchers have reconstructed the history of Teton Glacier, Wyoming, by analyzing sediment from alpine lakes. Their work is documented in a new study published in Science Advances.

Retreating glaciers are a visible signal of recent climate change and pose urgent questions about the fate of glacier systems and the water they provide to a significant part of the world’s population and ecosystems.

While glacier retreat is well documented, scientists know less about the details of how glaciers have acted over the Holocene epoch—the most recent 11,000 years since the last ice age. Glaciers leave behind moraines that mark the timing and position of their maximum extent. But at the same time, they erode away their pasts from the land’s surface.

“Glaciers are tricky, because they erase the landscape,” says INSTAAR postdoc and study coauthor Sarah Crump. As a result, we don’t have great evidence from past eras that suggests how glaciers might act in our warming climate.

Looking for a new source of evidence, the researchers turned to lakes high in the mountains near Teton Glacier. The sediments from Delta Lake, which captures runoff from the glacier itself, showed the glacier’s activity over time. Sediments from nearby Surprise Lake, which is fed by snowmelt, gave a good picture of local variations in climate.

“The area has tons of lakes, all filled with sediment, with stories to tell us,” said Crump. “It turns out not many people had looked at those archives.”

It also turned out that Delta Lake, in particular, had lots of sediment. Crump said, “You can really zoom in and get a high-resolution history of the glacier.”

A surprising finding was that the Teton Glacier has existed much longer than previously thought. “The conventional understanding is that it formed during the Little Ice Age, less than a thousand years ago,” said Crump.

Instead, “It may have persisted in a mostly dormant state, perhaps as a debris-covered glacier or rock glacier, through earlier periods in the Holocene that were warmer and/or drier than present,” said Darren Larsen, an assistant professor of geology at Occidental College and first author of the study. “This finding has implications for the future of these glacier systems.”

The study also found that Teton glaciers seem to be quite sensitive to changes in winter snowfall, suggesting that variations in alpine snowpacks will influence the glacial response to warming summers. Dwindling snowpacks in the future could pose a problem for glacier health. 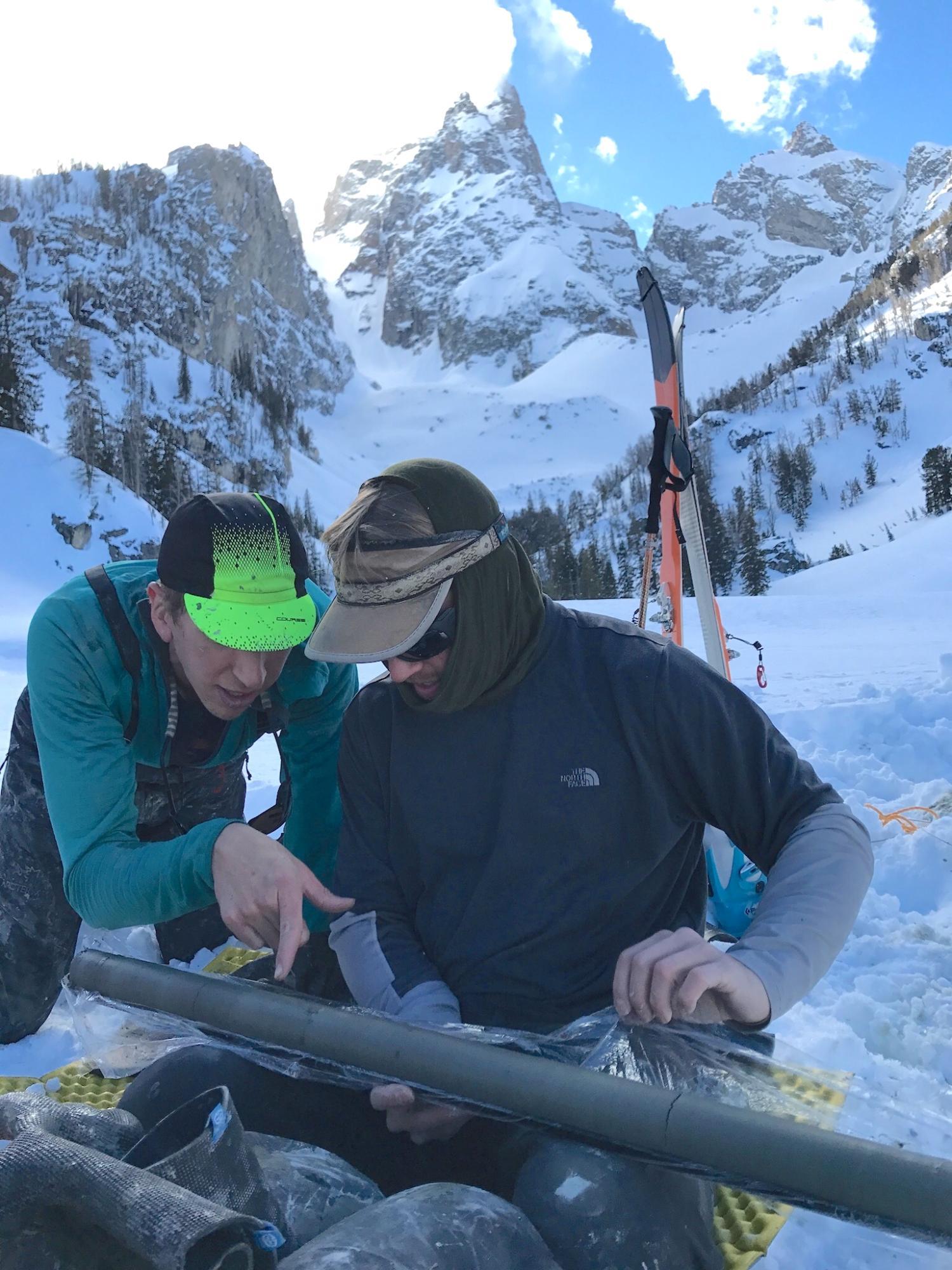 Billy Armstrong and Darren Larsen inspect a sediment core drilled from the bottom of Delta Lake. The sediments preserve a chronological record of changes in glacier activity. Photo by Sarah Crump.

The research began more than five years ago, when Larsen, then a graduate student at the University of Colorado, was conducting his PhD research at INSTAAR.

“I was working on a dissertation focused on glacier and climate reconstructions in Iceland. I was in writing mode and yearning for the excitement of fieldwork,” he said. “So, I began looking around the ‘backyard’ for opportunities to take field techniques that I had been developing for our research in the Arctic and apply them to alpine settings nearby to answer similar questions here in the western U.S. I was really familiar with the Teton Range, having lived and worked in the area prior to beginning graduate school, and the geomorphic setting there is both spectacular and ideal for preserving sedimentary information related to past glacier, climate, and neotectonic activity.”

“Many of the techniques we learn at INSTAAR use the geologic record to learn about the environmental history of a place,” added Crump.

To get to the lakes, high in Grand Teton National Park, the team hiked or skied more than seven miles up a steep slope, carrying boats and coring equipment. On return trips they toted heavy core samples filled with mud.

Crump said, “We always have fun, even when they’re long hard days—like getting back to the trailhead in the wee hours and making urgent trips to the gas station for dinner because it’s the only place open.”

“The fieldwork is one of the best (and, at times, the worst?) aspects of this research,” said Larsen. “But mostly it’s the opportunity to spend time in such an inspiring mountain landscape, solving problems and doing science, with a really talented group of collaborators and friends—that’s what stands out the most to me.”

They recruited help from CU grad students up for some fieldwork in difficult conditions, including Emily Baker, Billy Armstrong, Simon Pendleton, and Jon Raberg. A few undergraduate students from Larsen’s classes at Occidental helped as well, including study coauthor Aria Blumm. Blumm spent a year at INSTAAR as a professional research assistant before heading to the University of Arizona for her doctorate.

The researchers also found great partners in the National Park Service, who permitted and facilitated the project. Larsen said, “In particular, Gus Smith, Chief of Science and Resource Management; Simeon Caskey, Physical Sciences Branch Chief; and Scott Guenther, Jenny Lake District Ranger have been supportive of this work and also helped ensure our safety in the backcountry. We are excited to continue working closely with the NPS science personnel and to determine effective ways to communicate results from this project to Park visitors and the broader public.”

The team also plans to return to Delta Lake to collect more mud that will extend their record farther back in time. “The lowermost sediments in the lake would have been deposited during the overall phase of deglaciation at the end of the last Ice Age. In particular, we are interested to see how the Teton Glacier responded to major phases of climate variability that accompanied the transition from glacial to interglacial conditions in the Northern Hemisphere, including the western U.S.,” said Larsen. “We also plan to more directly investigate evidence for major shifts in winter snowpack recorded by other alpine lakes in the Tetons.”

For more about this study, read a news feature from Occidental College. 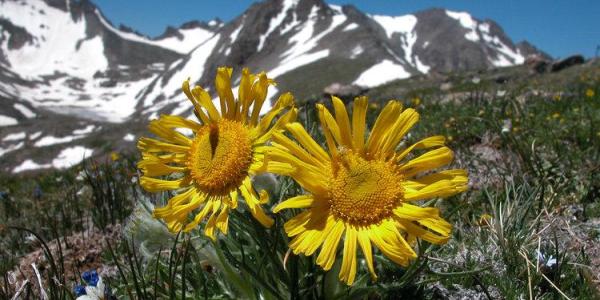 For more than 40 years, scientists from the Niwot Ridge Long-Term Ecological Research program have worked to better understand high-alpine ecosystems in a warming world. Thanks to a new $7.65 million, six-year grant from the National Science Foundation, that work will continue, making Niwot Ridge LTER the longest-running NSF-funded program at CU Boulder. END_OF_DOCUMENT_TOKEN_TO_BE_REPLACED 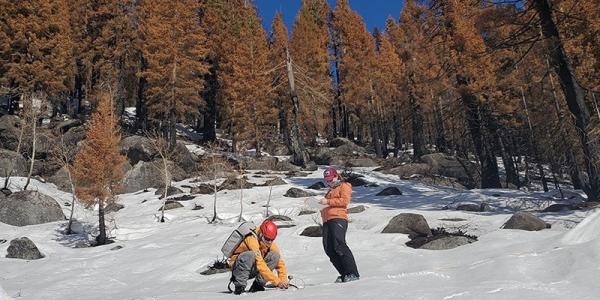 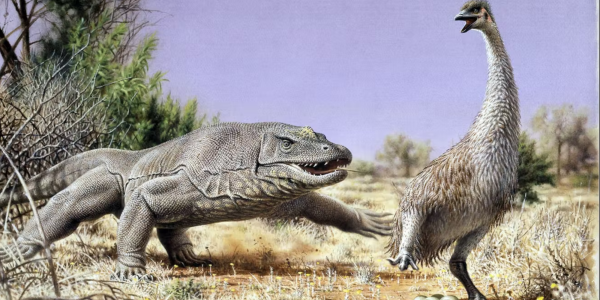 Gifford Miller and collaborators Matthew James Collins and Beatrice Demarchi tell the story of the ancient eggshell fragments found in eroding Australian sand dunes, the controversy around their origins, and how new techniques and AI helped solve the mystery. A summary chapter in the evolving story of Genyornis and the probable causes of its extinction. END_OF_DOCUMENT_TOKEN_TO_BE_REPLACED
Categories: