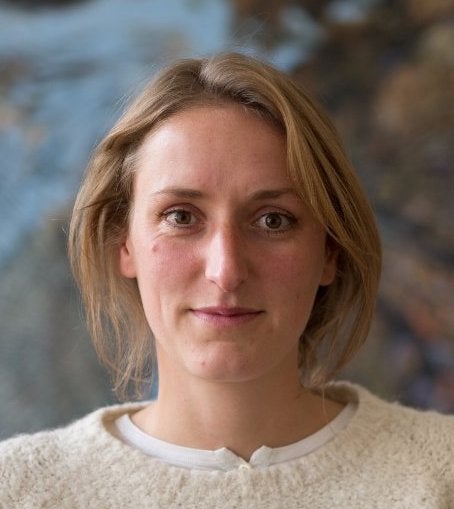 The American Geophysical Union has announced that INSTAAR postdoctoral scholar Mette Bendixen is the recipient of their 2020 Science for Solutions Award.

The Science for Solutions Award is given annually to a student or postdoctoral scientist in recognition of significant contributions in the application and use of the Earth and space science to solve societal problems.

The award follows Bendixen’s out-of-the-box work on an overlooked global challenge: the scarcity of sand resources.

Bendixen’s research was focused on understanding how coasts of Greenland respond to change processes induced by climate change. She said, “Our research has proven that as the Greenland Ice Sheet melts, it’s not only water that drains into the ocean. Massive amounts of sand are deposited along the coast in deltas, actually causing the coast of Greenland to extent further into the sea (prograding). This is exactly opposite of a majority of the Arctic coasts, that erode due to permafrost thaw, increasing open-water season, and increased wave erosion. To put it a little simplisticly, you can say that Greenland is growing bigger simply because massive amounts of sand are transported through meltwater rivers and deposited along the coast.”

Soon after publishing a paper on prograding Greenland deltas, Bendixen was surprised to learn the extent of the world’s need for sand. “At the same time, I was stunned to see how little scientific focus this critical topic had,” she said. “I mean, after water, sand is the most extracted natural resource on Earth. And this extraction can have huge consequences for human and nature—all while it provides key building blocks for our modern society.”

An exploration of the topic led to a string of high-impact journal articles and an interactive feature and front-page story in the New York Times.

Bendixen said the implications of sand export from Greenland for the environment, carbon emissions, and tourism would need to be considered carefully before Greenland decides to go forward with the idea. “There really are numerous questions that must be fully understood in order for Greenland to decide if to exploit this material,” she explained.

But she insists the decision should rest with the people of Greenland. “Who am I to say that Greenland should or shouldn’t use their natural resources?” she asked. “I want to learn about Greenland’s own opinion on this.” Bendixen has received funding from the Danish Carlsberg Foundation to conduct a national household survey in Greenland to ask about opinions on a potential sand industry.

Irina Overeem, INSTAAR Fellow and Deputy Director of the Community Surface Dynamics Modeling System, works closely with Mette and recommended her for the AGU award. She said, “Mette is a highly creative scholar, but what really sets her apart is her drive to further her ideas with other experts. She posed this unusual question straddling science domains, in this case global change to sedimentary geology to economy to sustainability science. She then reached out to domain experts and discussed the ideas and brings them back into a paper. It was immediately policy-relevant for Greenlandic society; I found it being discussed in the economy section of Sermitsiaq, the national Greenlandic paper, while there on summer fieldwork.”

Bendixen said, “I have to be honest and say, that when I started working as a Research Fellow at INSTAAR in 2018 with Associate Professor Irina Overeem, I didn’t think I’d end up doing research on natural resources in Greenland… I’d encourage everyone to explore these “wild ideas” that come to mind—and do it with like-minded colleagues who also like to think big and a little crazy and aren’t afraid to ask the simple questions, that sometimes turn out to be not so straightforward.” 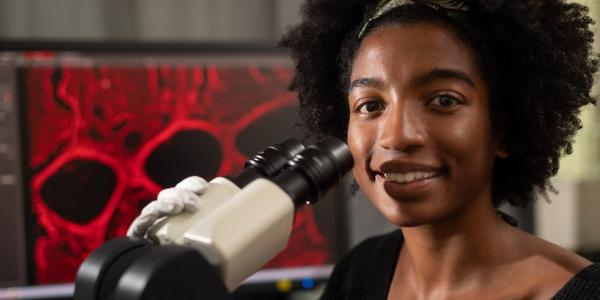 INSTAAR postdoctoral scholar Peyton Thomas loves being in nature, but as a scientist she is well-aware of the threat climate change poses to our environment. She also hopes to inspire the next generation of Black women scientists. END_OF_DOCUMENT_TOKEN_TO_BE_REPLACED
Categories: