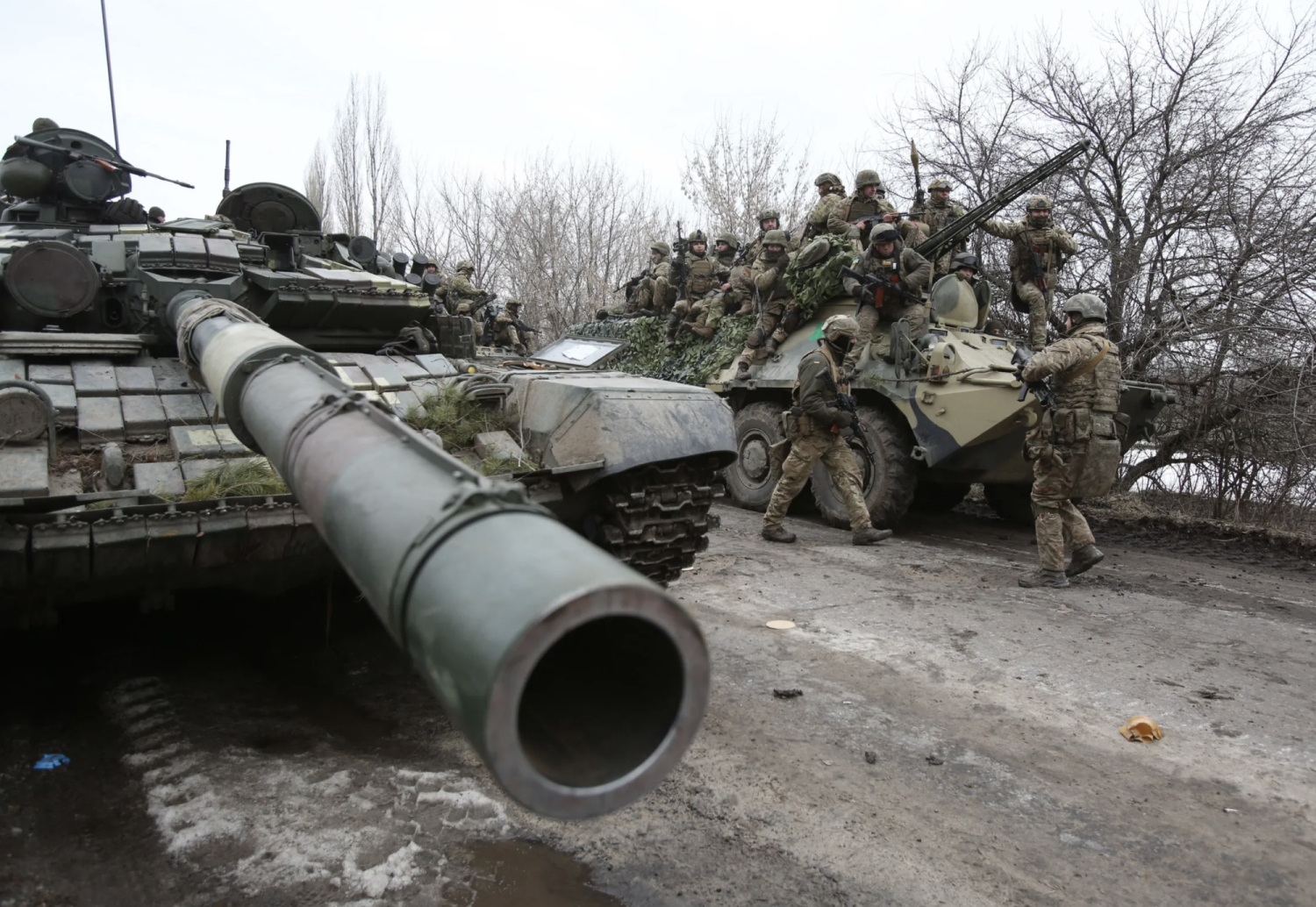 Ukrainian servicemen get ready to repel an attack in Ukraine's Lugansk region on February 24, 2022. ANATOLII STEPANOV

In the early morning hours of February 24, 2022, Vladimir Putin launched his attack on Ukraine – or as Ukrainians put it, started the re-invasion of Ukraine. The first invasion dates from March 2014 when the Ukrainian peninsula of Crimea was annexed by Russia and the fighting of the Donbas region resulting in over 14,000 dead by early this year. Both wars were reactions to the successful pro-West street protests that led to the overthrow of the Kyiv regime of Viktor Yanukovich that had tethered Ukraine’s future to Moscow.

The scale and intensity of the 2022 attack on Ukraine that has quickly resulted in more than 50,000 estimated civilian and military deaths in two months is shocking. About 30% of the pre-war population is displaced, including over 5 million refugees fleeing the country and another 7 million forced to move within Ukraine. While Putin’s speeches and writings on Ukraine and NATO were closely watched for the past year, the actions that he threatened to reverse the drift of Ukraine to the West were not considered likely, until they actually happened.

I have been doing research in Ukraine for the past three decades, first visiting the newly independent Ukraine in the early 1990s. I have interviewed officials, activists, and ordinary people in all parts of the country from L’viv in the west to Kyiv to the Donbas in the east and south to Crimea. Over the past few years, with National Science Foundation support, I have conducted seven large public opinion polls (with about 15000 respondents), both nationally and in the contested areas of Donetsk and Luhansk oblasts, as well as in Crimea. While the questions focus on war experiences and outcomes, geopolitical preferences and reconciliation attitudes, my writings have stressed the complexity of the Ukraine story in terms of its regionally- and locally-based diversity of nationalities, orientations and historical legacies. 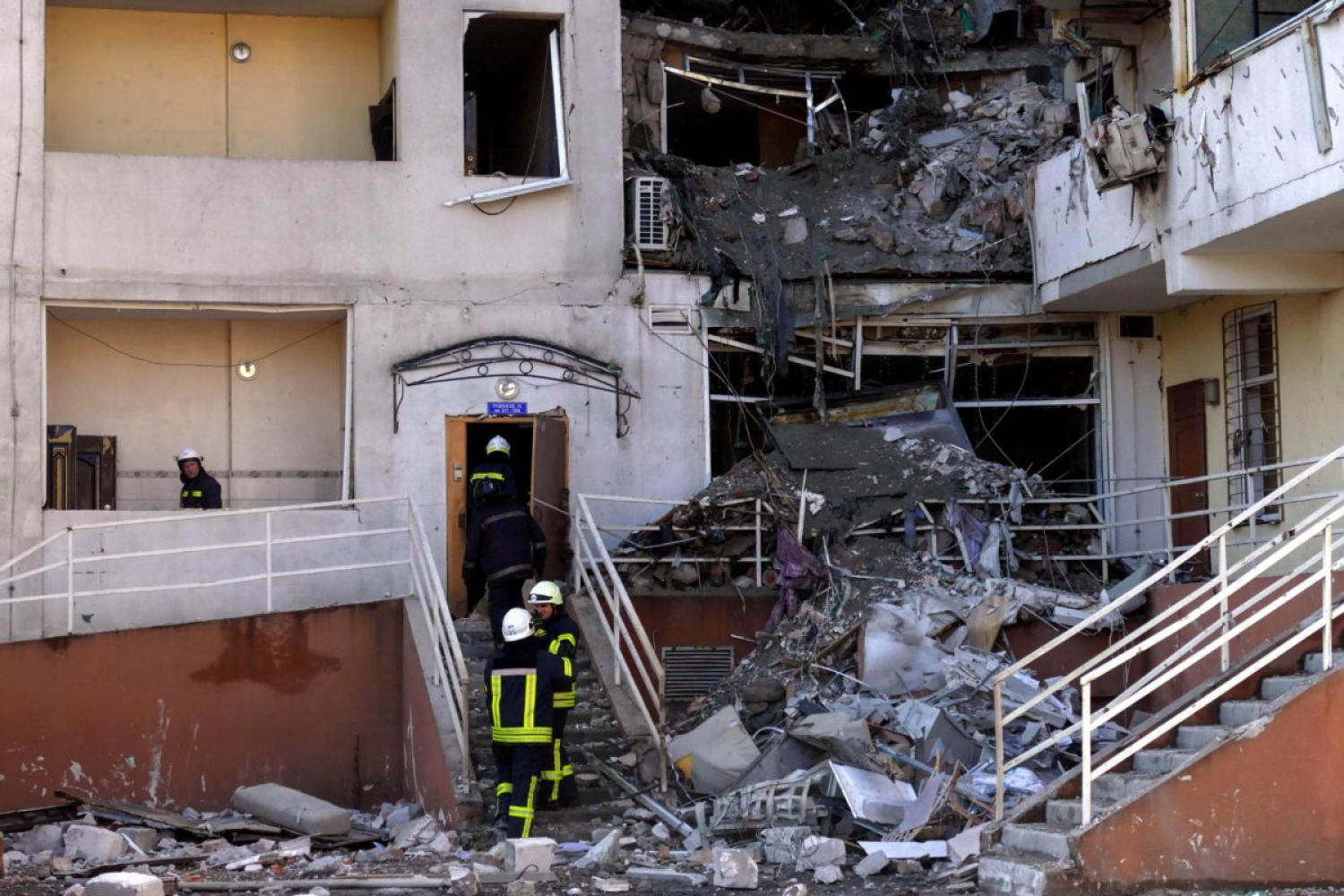 Rescuers work to remove debris from a building that was hit in a military strike, amid Russia's invasion, in Odesa, Ukraine, April 24, 2022. REUTERS/Igor Tkachenko

The current conflict has definitely made Ukraine “more Ukrainian”. By that, I mean it has certified and concretized a trend since the 2014 EuroMaidan revolution of hardening anti-Russian feelings, promoting a sense of ‘civic identity’ separate from the ethnic affiliations, increasing attachment to Ukrainian institutions, broadening support for being part of the Western community, and speeding up an ongoing re-identification away from “Russian” to “Ukrainian”. This re-identification is clearly seen in the large numbers shifting their language use from Russian to Ukrainian and now stating that their nationality is Ukrainian when in the past, they would have answered Russian. Recent wartime polls have documented a remarkable consensus of pride in the actions of the Zelenskiy government, in the defense of country by the armed forces and volunteers, and in the resilience of ordinary people.

While my research has tracked (geo)political developments, like most, I was initially hopeful that war could be avoided. But by mid-January, I was pessimistic enough based on the scale of the Russian military build-up on the borders that I predicted an attack between February 20-24 with a 70% probability to my Geography 3882 class (Geographies of the Former Soviet Union). Faced with student skepticism about the confidence of the prediction, I wrote this prediction on the board but hoped to be wrong. In pre-war interviews, I expressed deep concern for the huge casualties that I foresaw in the event of a Russian attack, a pessimism borne out by the events of the past two months.

My post-Soviet class this semester has frequently veered away from the syllabus to discuss current events in Ukraine. Students ask a lot of questions about Putin’s intentions, about Ukrainian resistance, about US/NATO actions and the efficacy of Western sanctions on Russia.  In answer to my questions about their information sources, it seems that few read newspapers and fewer watch television. The majority get their information from social media, with all the implications that has for funneled information and risks of disinformation.

Leon Trotsky, the Bolshevik revolutionary who was commander of the Red Army in the Russian Civil War, was (incorrectly) reported to have said that “You may not be interested in war, but war is interested in you.”  This aphorism resonated in the United States in February as oil price rises became evident at the pump and inflation gathered pace. In many of my twenty-plus interviews with local and national media, the impact of the war on Americans far removed from the conflict was often the focus. I maintain a focus on the terrible destruction in Ukraine and the sanctuary of distance from Europe, a region much more affected by the war’s consequences. I avoid policy assertions as there are far too many prognosticators with agendas who do so without detailed background information on the “Crush Zone”, as the British geographer James Fairgrieve named it in 1915. A pleasant surprise has been the emails that I have received from former students in my Political Geography class, some from 25 years ago, who remembered my lectures on the geopolitics of West-Russia competition in the post-Cold War period and the continued relevance of classic ways of geographic conceptualizing in this current environment.

In recent academic and public seminars, as well as in multiple articles in the Washington Post’s Monkey Cage blog – most recently about where people in the Donbas would prefer to be based on a large January 2022 survey, I have stressed the complexity of the local geographies of geopolitical aspirations. The dissonance between the views of ordinary people and the political figures, both in the region and beyond, who treat these beliefs with either distain or blind ignorance remains a source of deep frustration to me. We should renew attention to the results of another question in the January poll in the Donbas that showed that most people, living either in the Kyiv-controlled or the separatist regions, cared less about which flag flew over their community than their ability to live a normal life, free from violence and with a quality of life that offers minimal security for their family’s future.