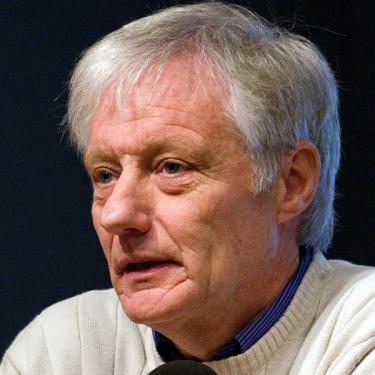 I am a political geographer especially interested in the spatial and territorial aspects of conflict. I examine both aggregate data collected on the basis of small geographic units as well as individual survey data to understand the motivations of people to engage in violence as well as to measure the effects of violence on people’s material lives, experiences (especially migration), and attitudes. For the past 30 years, I have worked in the former Soviet Union with Russian colleagues on changing geopolitical orientations, on territorial separatism and its consequences, on de facto states in the Caucasus and Black Sea region, and on the spatial analysis of violent events. In the past decade, I have examined the potential effects of climate change on violence in sub-Saharan Africa.  Earlier work with former students pointed to the weak effect of higher temperatures on higher levels of violence using large data bases for a three decade time scale. More recent work has concentrated in Kenya using representative national surveys of residents in all ecological zones. The main aim is to document any changing attitudes and behaviors in response to quickly changing environmental conditions due to climate change.

I have two current research projects. Funded by the National Science Foundation and co-funded by the Research Council of the United Kingdom, I am examining the geopolitical orientations of residents of the former Soviet states with colleagues Gerard Toal (Virginia Tech) and Kristin Bakke (University College London). This project is collecting 12000 responses in two survey waves in 6 countries and 5 territories about views of Russia and the West and preferences for foreign policies. The face-to-face surveys were completed before the Covid pandemic but the second wave of surveys is delayed. Early results show a wide variety of geopolitical preferences, both between and within the survey sites. Particular zones of tension in eastern Ukraine, Crimea, Georgia and Belarus show the greatest differences.

A second current project funded by the University of Colorado’s Research and Innovation Office is conducting a five wave survey of households in Isiolo and Meru counties in north-central Kenya with IBS colleagues Terry McCabe and Jaroslav Tir. The research is examining how household security (food and material status) changes over the seasons in the two year span of the project. Each wave repeats some key questions about experiences of violence and attitudes towards other groups in a period of dramatic environmental (severe drought, floods and locusts) and health (Covid) challenges. The overall aim is to see if changing environmental circumstances affects social attitudes, conflict support and interest in cooperating with other ethnic groups.

Summer 2013 - Historically, sixty-fifth birthdays have been for retirement parties and relaxation. But as older generations live active lifestyles for a longer portion of their lives, what was once an occasion to sit back is now a celebration of vitality. Johno celebrated his youth by hopping on his bike and riding 3,356.7 miles across the United States in just 42 days. Because of his professorial duties, he was on a tight schedule and had to ride as many as 120 miles in a day, while heading from Oregon to New Jersey. 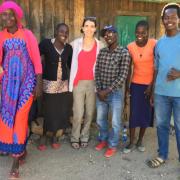 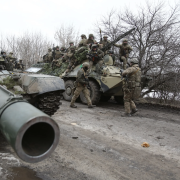 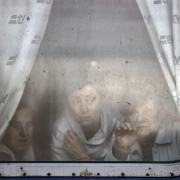 Professor John O'Loughlin: Do people in Donbas want to be ‘liberated’ by Russia? 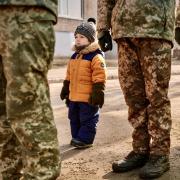 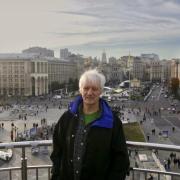 John O'Loughlin: As tensions in Ukraine increase, researcher worries for its people 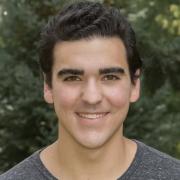 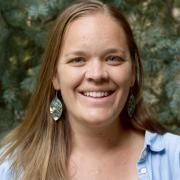 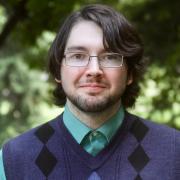 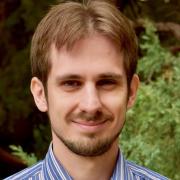 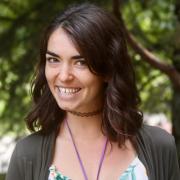 Sarah Posner
Return to the top of the page