Jennifer Fluri: Reflections on Gender and Development in Afghanistan 2001-2021 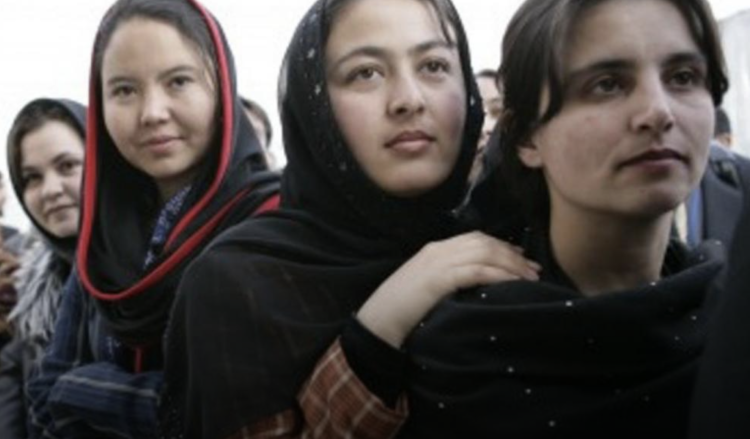 Afghanistan garnered a significant share of media attention when the Taliban took control of the capital city, Kabul. This attention continued during the subsequent chaotic and disorganized US-led evacuation of American citizens and some but not all Afghan allies. As someone who has been researching gender, economic development, conflict, and security in Afghanistan for two decades, I was also struck by the way the “saving Afghan women” narrative, established by the Bush Administration in 2001, resurfaced. While women suffered physically, economically, and emotionally under the Taliban, the prescriptions for improving women’s lives in Afghanistan through economic development and humanitarian aid programs regularly imposed values incongruent with those held by many Afghan communities. The unrelentingly narrow representation of Afghan women as a single category, simplified and curtailed a robust understanding of women’s diverse experiences and articulations of their own needs and desires.

While much of the public criticism of the US evacuation focuses on what women will lose now that the Taliban is back in power, precious little critique has been placed on the failings and falling short associated with US-led interventions over the past 20 years. First, let’s identify the successes. Many Afghan women have benefited from internationally funded projects and programs focused on education, job skills training, and health care. Also, Afghan women’s participation in politics since 2002 was partially due to quotas that included positions for women in both the upper and lower houses of parliament. Women also held political office as provincial governors and district/city mayors, along with being chosen by different presidents as ministers or holding cabinet positions. With the fall of the US-backed Afghanistan government, these positions along with those held by Afghan men are gone or radically altered. Therefore, focusing on women and the changes to their lives during the Taliban regime remains an important discussion, but should include extensive criticism of US-led international military, humanitarian aid, and economic development assistance.

During the successive waves of increasing women’s participation in politics, education, and economic opportunities, along with improving women’s health; the reach and sustainability of these programs and projects remained in question. This was evident from my own research on international aid and development interventions, which included surveys and extensive interviews with individuals (both Afghans and internationals) working within various governmental and non-governmental organizations. Additionally, the US government’s own reports by the office of the Special Investigator General for Afghanistan Reconstruction (SIGAR), John Sopko identified similar failings and criticisms of US government agencies such as the United States Agency for International Development (USAID) and the United Stated Department of State (DOS).

The reach of programs targeting women’s lives has been limited geographically and by existing socioeconomic hierarchies. Women with English language competency and connections to US and other internationals donors countries and organizations were undoubtedly more successful in garnering financial and political support from these organizations. However, the reach and effectiveness of Afghan women’s organizations was limited by a number of factors. I will review a few here to provide both context and critique of US-led international assistance. It is important to remember that the October 7, 2001 US invasion included a “coalition of the willing”, mostly NATO countries and other US allies. Similarly, while the US was the largest donor country operating projects and programs in Afghanistan, over fifty countries have been involved in Afghanistan in various capacities from military to humanitarian aid and economic development assistance. In what follows I highlight five factors that stymied an effective and successful implementation of programs.

Factor 1: Subcontracting: Most of the economic development projects and programs funded by USAID were subcontracted to implementing partners, which are pejoratively known as the “beltway bandits”. These are mostly for profit companies geographically located in the beltway around Washington D.C., who compete for USAID and DOS contracts to implement projects and programs in various countries including Afghanistan. Once in Afghanistan, these companies used US government allocated funds to pay international staff six figure salaries, rent office and housing space for exorbitant prices, pay private security firms and logistic companies for protection and assistance (also at exorbitant prices). After funds are spent on these expenses, the “implementing partners” use the leftover funds to higher local Afghan run NGOs. These organizations are then tasked with the difficult and dangerous work of fulfilling the project or program mandate, which has generally been conceptualized by individuals living outside Afghanistan with little to know cultural knowledge or understanding of the complexities of daily life for Afghans. The Afghan-run NGOs operate on much less funding than there international counterparts, which led to extensive and rampant turnover within both international and Afghan organizations.

Factor 2: Internal Brain-Drain: Many Afghan run organizations experienced a form of internal brain drain from their organizations. Due to the massive pay disparities between international and local organizations. Many Afghan organizations had difficulty maintaining staff and institutional knowledge within their own organizations. The majority of organizational leaders—my research team and I interviewed—complained about investing time and energy into training young Afghan women to work within their organizations, only to have them leave, once they had enough skills to work for an international organization. While they did not blame these individuals for wanting to increase their salaries and provide for their families, this situation calls attention to income disparities, which made the process of creating sustainable and long lasting programs difficult if not impossible.

Factor 3: Not listening: Many programs funded by USAID and their implementing partners, were as mentioned, conceptualized by internationals rather than Afghan partners. This donor-driven approach has been critiqued by the vast majority of development scholars as a flawed system due to the lack of community support and therefore inability of the projects to continue over the long-term. For example, when interviewing international workers for the UN and USAID, I asked why they were not designing projects based on Afghan women’s ideas or needs, and the regular response was “because I don’t think they have good ideas.” While these international workers may have not agreed with Afghan women, their criticism was from the perspective of their own social, economic and political context. Additionally, their experiences were from the geographic location of their own “home-country”, not Afghanistan. They did not consider the complexities, complications, and at times contradictions that Afghan women endure within the diverse social, cultural, economic, and political contexts of Afghanistan.

Factor 4: Diversity of women’s experiences: Afghanistan is a multi-lingual and multi-ethnic country that is predominantly Muslim but with diverse belief systems based on different sects, teaching and interpretations of Islam. It is also stratified based on socioeconomic class, education levels, along with cultural diversity, and differential access to resources based on a number of factors. Therefore, a one-size-fits-all approach to assistance programs or advocating for women’s rights was a flawed endeavor from the start. Afghan women are not a singularly minded group, they have different ideologies and beliefs. This diversity should be celebrated and attended to with all of its complexities rather than attempting to push projects and programs that reflected the values and beliefs of US-based (and other international) organizations. In addition to these issues many international workers had limited access to Afghan communities due to strict security protocols, which prevented them from engaging with Afghans in their homes and with their families and communities.

Factor 5: Security: For women-led and women’s rights organization, security was regularly identified (followed by lack of funding) as the main barrier to starting a project or disrupting the flow or continuation of programs in many communities. Security concerns in Afghanistan over the past twenty years were regularly mitigated by the US and other international forces known as the International Security Assistance Force (ISAF). However, ISAF officially closed its operations in Afghanistan in 2014, and security operations were transferred to Afghan forces, with US special forces and other US military support remaining until the withdrawal in August 2021. The Afghan forces were stymied by corruption and mismanagement including not paying soldiers or providing effective ground support. This was further buttressed by the Trump administration’s legitimization of the Taliban by way of its so-called “peace talks” in Doha, Qatar. These talks sidelined the Afghanistan government and included women leaders, as part of a performance of women’s participation. Several women we interviewed after their participation in the “peace talks” in 2019 discussed their distrust of the Taliban and the lack of effective listening or engagement with women leaders. Additionally, while the “peace talks” were occurring in Qatar, many places in Afghanistan were besieged by Taliban violence such as suicide bombings and extra-judicial murders.

Interestingly, despite these flaws and failures, many Afghan women, especially in the capital city Kabul, and other major urban areas were able to gain access to education, economic opportunities and public and political participation. However, this participation was contingent and often dependent on international assistance. Due to various failures as briefly discussed here, this assistance was neither sustainable nor self-supporting. It would be easy to place the blame on Afghans. Certainty there were entrenched and extensive problems across various branches of government throughout the country, such as corruption and cronyism. Yet, is absolutely necessary to also critique the US’ role in ongoing and unrelenting conflict and uncertainty in Afghanistan. Without a robust and continued critical reflection on the failures and successes of US-led interventions in Afghanistan, we are doomed to repeat our mistakes. I say this with confidence because we made these mistakes before. The US did not begin intervening in Afghanistan in 2001, that began in the 1980s during the Soviet Occupation of Afghanistan, when the US funded and supplied radical religious groups to fight the Soviet Union. Osama bin Laden was one of many foreign fighters allied with the US at that time, and later one of the many who turned against the US. In the 1980s it was the Soviets that were “saving” Afghan women. Fighting wars and providing assistance under the banner of “saving women” is a false and flawed narrative that is used to garner political support and far too quickly and easily abandoned for geopolitical expediency. Afghanistan is both a tragedy and a lesson for us all. Because the US continues to make the same policy and political errors, while expecting a positive result that never truly materializes.