We value creative, curious minds and seek to inspire individuals to think critically about the universe in which they live.

We support and encourage the use of artistic creativity to broaden the culture around science and to open or strengthen additional avenues for understanding the universe.

Interested in showcasing your art at Fiske? Want to work with us to develop a piece for our exhibit space?

Check out our Protocol for Artists and get in touch with us. 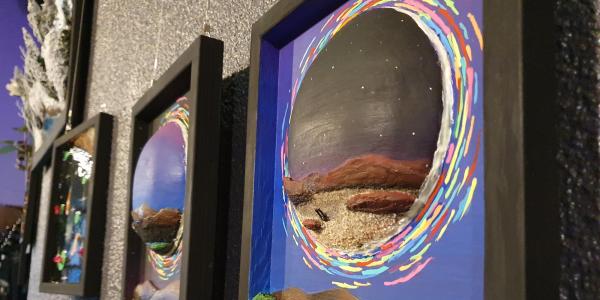 Taylor Krause is a Colorado based artist exploring various aspects of the universe through symbolic abstraction. His pieces focus on the connection of art to reality and how the stimuli of our environment influence ideas and creativity. This mindset led him to develop his own medium of three dimensional paintings in an attempt to emulate the same dimensional structure of our universe.

This body of work exhibits a range of astrophysical and theoretical phenomena from planets and stars to black holes, supernovae, and wormholes. His pieces emphasize the complexity evoked by looking at the universe on different scales and how these observations sculpt our perceptions of existence. 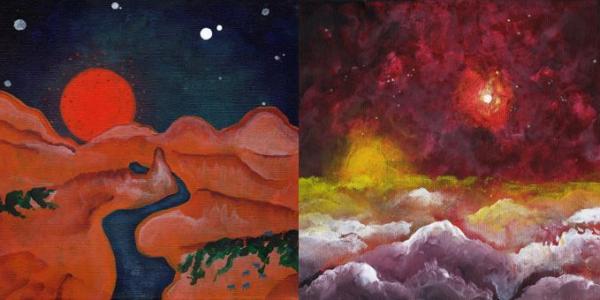 EXOPLANETS A TO Z August - December 2019

Mary Recchia is a Colorado based artist and illustrator with a degree in Painting & Drawing from CU Boulder. She has been exhibiting in galleries for the past several years with work that evokes a sense of wonder and centers around connecting human experience to the natural world.

This body of work features illustrations from the book Exoplanets A to Z, written by Dr. Gabriel Recchia. The series depicts an imaginative rendition of twenty-five exoplanets (and one giant disc of cosmic debris!) based on our current knowledge of these amazing worlds beyond our solar system.

You can learn more about the planets featured in the book  and see more of the artist's work. 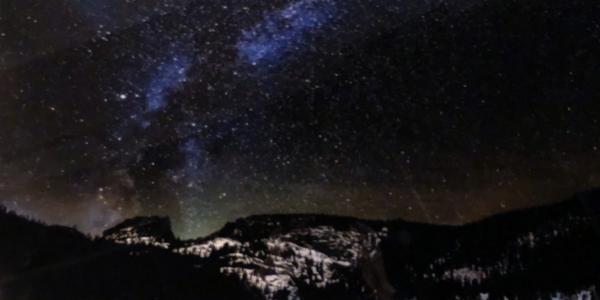 Sky Panoramix is a collection of night sky and daytime landscape images taken by Chris Scherpenseel. These images represent some of the very best locations for seeing starry skies and awe inspiring landscapes.

Chris was born and raised in Colorado and at the age of fourteen he traveled to New Zealand to live with is father. Seeing the natural beauty of antoher country sparked his interest in travel and photography.

Chris is an alumni of CU and is a CPA (financial consultant) by day and an astrophotograher by night. He uses digital photography to tell stories and share sights that many people may never experience other than through his images. 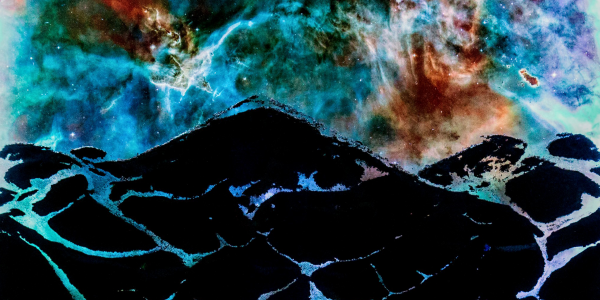 The Ant Space is a habitat which hangs on the wall like a painting. The seeds and ants add life inside and create art. Lights within the frame illuminate the background and shine through the ant tunnels. The backdrop of each Ant Space is a unique selection from the Hubble Space Telescope.

Jacob Lemanski graduated from West Virginia University with degrees in aerospace and mechanical engineering before moving to Boulder, Colorado to start his career.

He spent six years working in various industries as a design engineer but, feeling the need for more in his life, he quit his job to pursue a grand adventure. Over the next 999 days he rode his bicycle 38,000 miles, crossing six continents and circling the earth twice you can read more about his journey on Hammockeering.com.

Upon returning to Boulder, inspired by his journey, he set his intentions on creating something for himself, something beautiful. The result is the Ant Space, a living art piece. 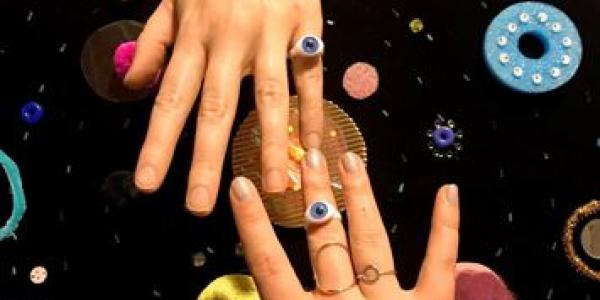 DIORAMA OF THE COSMOS September - December 2017

The diorama of the planets is mainstay of science education. Part craft project and part teaching tool, the handmade model of the solar system fashioned out of cardboard, string, and Styrofoam has become an iconic children’s activity.

In an installation created expressly for the Fiske Planetarium, Katy Zimmerman and Genevieve Waller, pay homage to this kid tradition with a speculative representation of the solar system. Assembling together fictional suns, moons, planets, and stars into imaginary patterns and orbits, Waller and Zimmerman present a departure from the faithful diagram.

They posit that the place where science and fantasy meet is rich with possibilities and will enable us to envision new worlds, rules, and dimensions of thought. To learn more about the artists check out Genevieve's website. 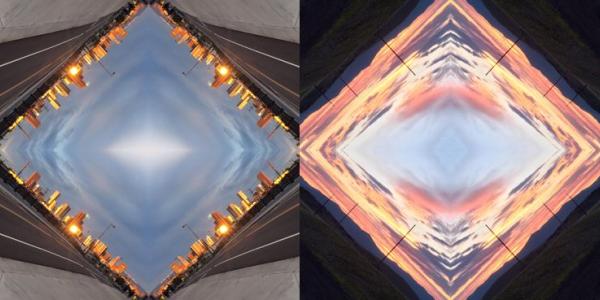 Painter, Photographer, Color, Pattern, and Found Material-Enthusiast, Thomas Scharfenberg is an Elyria resident and Colorado native. He received a BFA from Rocky Mountain College of Art and Design in 2007, was a Wazee Union creative resident from 2010 - 2015, held Rhinoceropolis winter wall painting-residencies 2013-2016 and has been an active member of Birdseed Collective since 2015. Scharfenberg was also a docent at Kirkland Museum from 2006 - 2010. He considers frequent bike rides to a day job at Tagawa wholesale greenhouses in Golden (2010 to present) a significant inspiration.

Scharfenberg’s work is currently on view and available in Denver you can find out more on thomasscharfenberg.blogspot.com. 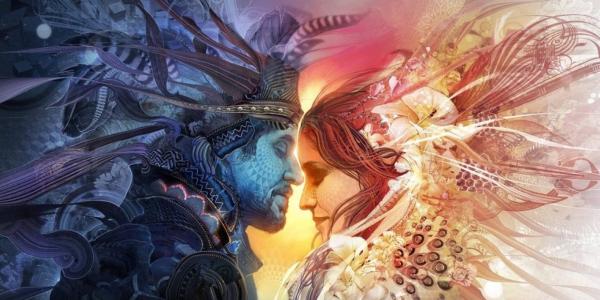 Lyons, Colorado born independent artist Android Jones began studying art at age 8. He attended the Ringling School of Art and Design in Sarasota, Florida, where he trained in traditional academic drawing/painting and animation. Jones interned at George Lucas’ Industrial Light and Magic and worked as a concept artist at Nintendo. He later founded Massive Black, and art development company based in LA and in 2005 began his career as an independent artist. Jones now lives in his home town of Lyons, maintaining a large art studio in a repurposed barn.

Best described as a “digital painter,” Jones has created an immense body of work. He has come to the forefront of the visionary art movement, becoming well known for his many layered, psychedelic works and live performances using a custom-built digital setup. He participated in the Grateful Dead Fare Thee Well tour and his work has been projected on the Sydney Opera House and the Empire State Building. A long time member of the Burning Man community, Android has traveled the world exhibiting his work and has contributed to events on six continents.

At the center of Jones’ work is spirituality and altered states of consciousness. Describing his work as ElectroMineralism, Jones attributes his ability to create to the wonders of technology, crediting the planet’s resources for advancements in art production. Manipulating light and energy, Android Jones captures complex concepts while utilizing his formal background in the arts. Described as a digital alchemist, he is determined to alter the viewer’s perception, pushing the boundaries of the imagination through the use of innovative media forms.