We remain CLOSED to the public due to ongoing concerns related to COVID-19.

Currently, we're serving the internal campus community with scheduled classes in the dome.

SIGN UP to receive updates about our virtual programs, educational resources and reopening plans.

Be immersed. Be engaged. Be inspired. 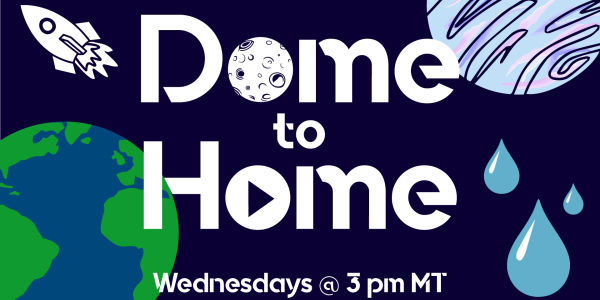 Join us every Wednesday at 3pm MT for LIVE shows on our YouTube channel. 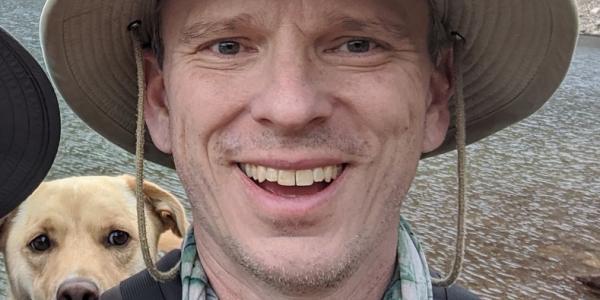 There's evidence that Venus, Earth, and Mars all had oceans of water in their past. Why is Earth the only rocky planet that still has oceans today? Scientists think that part of the reason might have to do with the way some planets are like giant magnets.

Join our special guest, Dr. Dave Brain to learn more about how water, air, and magnetic planets might help us answer this question. Ask YOUR questions live in the YouTube chat box! 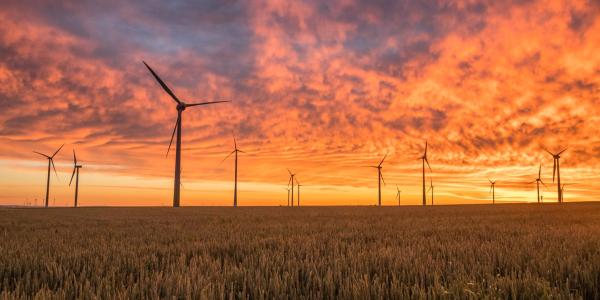 Join us for our Earth Day Special!

Rethinking Energy: Is it time to reinvent the wheel?

In the 1970s teenager Frank Nasworthy actually did reinvent the wheel and it revolutionized skateboarding. Today, Goodyear and others are trying to reinvent the wheel once again. If they succeed, we can eliminate the need for axles on cars and replace wheels with 360-degree spheres held in place by magnets. Sometimes we actually do need to reinvent the wheel to move forward. In today’s economy and climate, we may have to think about reinventing the way we produce energy. Rather than drilling for it down deep beneath the surface, can we harvest from the abundant energy found in the environments around us?

As we develop a much larger picture about our Earth as a whole, we are coming to see it as a complex, interconnected, remarkable world, and one that humans have impacted directly. Explore the role of carbon dioxide in our atmosphere, the natural temperature variations that the Earth has experienced over millions of years, and how humans are affecting our planet today. How are scientists learning about our changing climate, and what strategies are people from all across the world taking to protect our future? Join us to learn more.

Tweets by @@fiskeplanet
Return to the top of the page