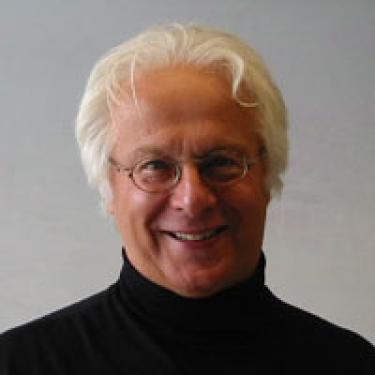 Prof. Alex Zunger of the University of Colorado, Boulder research field is Condensed Matter Theory of Real Materials, involving foundational work on Density Functional Theory, Pseudopotential Theory, Quantum Nanostructures, Photovoltaic Materials and Materials by Design (website). He is widely credited with foundational work and leadership in the now classical field of "First Principles Theory of Solids", a predictive approach to electronic, structural and thermodynamic properties of matter, given the atomic identities and composition. He published over 700 journal articles in this discipline, delivered many hundreds of talks in physics and materials societies, and mentored 84 postdoctoral fellows, many of who are now leading scientists around the world.

He received his Ph.D. from Tel-Aviv University, Tel Aviv Israel where he worked with Prof. Joshua Jortner and Binyamin Englman on Quantum Theory of Molecular Solids. He did his postdoctoral research at the Physics Dept. of Northwestern University (with Art Freeman) and then at the Physics Dept. of U.C. Berkeley (with Marvin Cohen) where he was nominated IBM Fellow. He established the Solid State Theory group at the National Renewable Energy Laboratory (NREL) Golden, Colorado, a position he held 1978-2010 where he has been an Institute Research Fellow. He has been the founding Director of the $20 million NREL 'Center for Inverse Design' (a DOE Energy Frontier Research Center). He moved to CU Boulder in 2010 where he continued as Chief Scientist of the NREL EFRC for 3 additional years and established the Materials by Design group after his research grants moved to CU. Currently funded by NSF-DMR (under 3 programs DMREF, EPM, and CMMT), DOE-BES, MURI-Air force and DOE-EERE.

He is the recipient of the year 2018 Boer Medal for photovoltaic research, the 2013 TMS Hume-Rothery Award on Theory of alloys, the 2011 (inaugural) "Materials Theory Award" of the Materials Research Society on Inverse Design, the 2010 "Tomassoni Prize" (Italy) and "2010 Medal of the Schola Physica Romana" celebrating the tradition of E. Fermi, the 2001 John Bardeen award of The Material Society on "Spontaneous Ordering in semiconductor alloys", the 2001 Rahman Award of the American Physical Society on 'foundational development of First Principles methods', and the 2009 Gutenberg Award (Germany) on correlated electron systems.

He is a Fellow of the American Physical Society; Fellow of the Materials Research Society, Sakler Fellow of the Institute of advanced studies (Tel Aviv University). The impact of Prof. Zunger's work is partially reflected by the high number of citations his papers have received (over 98,000, according to Google Scholar) and by his "h-number" of more than 140 (i.e., 140 of his papers were cited each at least 140 times). He is the author of the fifth-most-cited paper in the 110-year history of Physical Review (out of over 350,000 articles published in that journal). In the course of his research, he has authored more than 700 articles in refereed journals, which includes over 150 articles in Physical Review Letters and Rapid Communications (Physical Review B) and three citation classics. Declared by the Institute of Scientific Information (ISI) as the 39th most-cited physicist out of more than 500,000 physicists examined, based on publications in 1981–1997 in all branches of physics. Nominator and consultant for the Physics Nobel Committee in past 5 years.

Director of NREL memo to all NREL staff on the occasion of Dr. Zunger moving to CU Boulder from NREL