Josue Rene Hernandez Pedroza, a Fulbright scholar from Panama, just completed his MS in Mechanical Engineering at CU Boulder. Shelly Miller directed his thesis research in air quality. The research was motivated by the fact that the Regional Transportation District conducts more than 1,000 diesel bus trips per day in Boulder, CO (and counting trips to and from both bus stations in Boulder, the total is approximately 1400). Boulder residents commissioned this study of the air quality impact of these bus trips. 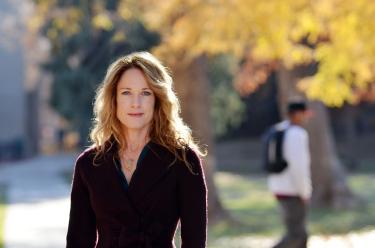 To test one method of increasing hospital surge capacity, a temporary negative-pressure isolation ward was established at a fully functioning hospital. Negative pressure was achieved in a 30-bed hospital ward by adjusting the ventilation system. Differential pressure was continuously measured at 22 locations, and ventilation airflow was characterized throughout the ward.

The pressure on the test ward relative to the main hospital hallway was −29 Pa on average, approximately 10 times higher than the Centers for Disease Control and Prevention guidance for airborne infection control. No occurrences of pressure reversal occurred at the entrances to the ward, even when staff entered the ward. Pressures within the ward changed, with some rooms becoming neutrally or slightly positively pressurized.

This study showed that establishing a temporary negative-pressure isolation ward is an effective method to increase surge capacity in a hospital.