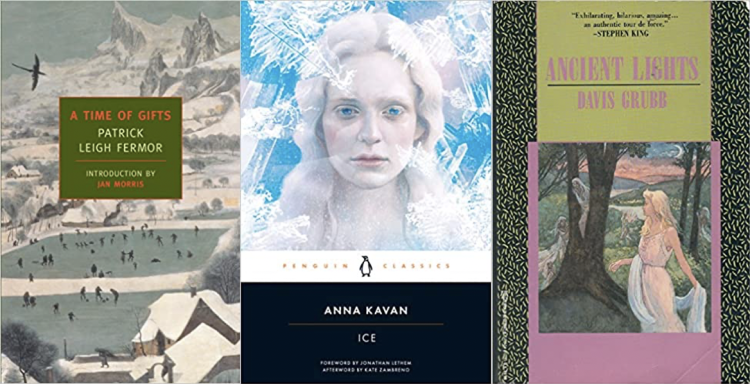 A month into 2020, most people are still staying home. After they tear through everything on Netflix and Hulu, many are turning to the pages of books to occupy their minds. Grab a cup of tea and a fluffy blanket, then get cozy in your favorite reading nook to escape into one of these 10 little-known books recommended by CU English faculty.

1. A Time of Gifts by Patrick Leigh Fermor

A Time of Gifts follows the true story of an Englishman who walked across Europe in the early 1930's — from London to Constantinople. In this first book, Fermor documents his travels from London to Hungary, after which the sequel, Between the Woods and the Water, recounts the remainder of his adventure. Stevenson wrote that, “beautifully written, full of observations and ideas and adventures, it’s a book for the ages.”

2. Martin Luther King and the Montgomery Story by Alfred Hassler and Benton Resnik

Martin Luther King and the Montgomery Story, which came back into print nearly 60 years after its initial publication, is a 16-page graphic novel detailing the 1955 Montgomery Bus Boycott in which Dr. King, Rosa Parks and 50,000 others fought against the segregation of city buses. The comic book is credited for inspiring MARCH, the graphic novel autobiography trilogy by John Lewis, Andrew Aydin and Nate Powell.

3. The Big Clock by Kenneth Fearing

Originally published in 1946, The Big Clock is an American noir novel that takes place in the publishing industry of New York City. The main character, George Stroud, gets tangled up in a murder mystery and must prove his own innocence. Higashida writes that it is a “super fun and thought-provoking novel” that “raises questions about time and identity in industrial capitalism.”

Written in Spanish and originally published in 1792, La portentosa vida de La Muerte was one of the first Mexican novels, written by a Franciscan priest. The book takes the reader through the journey of Death, Adam and Eve’s daughter, who falls in love with several people but whose husbands keep dying off before their wedding night.

Ice takes place in a frozen, apocalyptic landscape where walls of ice tower and governments vie for control. The narrator must take a glacial journey to find and save a glass girl with silver hair before the ice closes in on the world. This science fiction novel is called a warning against climate change and totalitarianism, a feminist exploration of violence and trauma, and an allegory for the author’s struggles with addiction.

In Ancient Lights, a modern epic novel, country bumpkin Sweeley Lynch of West Virginia is the only man who can save the world from the founders of an electronic conspiracy. Kocher called the book “bizarre in a very druggy, hallucinatory, Hunter S. Thompson kind of way.”

Although Brooks is well-known for her poetry, this coming-of-age story, originally published in 1953, was her only work of fiction for adults. The novella is compiled of a series of 34 vignettes, set in the 1940s, that come together to create what Brooks called a “kind of portrait of a young Chicago woman’s life.”

8. The Five: The Untold Lives of the Women Killed by Jack the Ripper by Hallie Rubenhol

The true-crime book The Five: The Untold Lives of the Women Killed by Jack the Ripper tells the stories of the women killed in 1888 by the unknown man who became the media sensation known as Jack the Ripper. Rexroth writes, “We seem to have this fascination with perpetrators of violence that often has gendered connotations (usually some version of: male killer becomes infamous while his female victims are elided). This book tackles that very problem.  It … does the feminist work of making Jack the Ripper's victims visible and legible to a modern audience.”

9. The Story of Harold by Terry Andrews/George Selden

The Story of Harold follows a man named Terry’s journey through a life of tortured and unfulfilled relationships, first with a woman whom he cannot fully love, then with an unreciprocating father of six, and another with a young boy who is already doomed to a life of insecurity and failure. Terry strives to redeem the boy — even as he prepares his own suicide.

Set in the 1930s, Rogue Male is the story of a hunter passing through an unnamed central European country controlled by a vicious dictator. In his self-appointed mission to kill the ruler, security catches up with him just before he pulls the trigger. Stevenson called it the “unputdownable story of a man on the run … Clever escapes from certain capture follow one after another, right up to the potent conclusion. The best thriller I have ever read.”

Woman on the Edge of Time by Marge Piercy

Square Haunting: Five Writers in London Between the Wars by Francesca Wade

A Swim in the Pond in the Rain by George Saunders

The Talking Room by Marianne Hauser

Among Family by Marie NDiaye

The Word for Woman is Wilderness by Abi Andrews

The Monk by Matthew Lewis