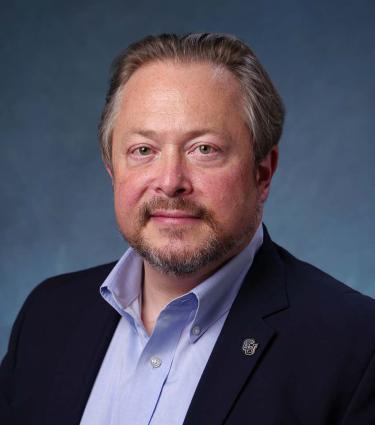 Dr. Kuskin has over two decades experience in digital education. He has taught in all digital formats from distance education, through online courses, to massive open online courses. In 2013 he launched the MOOC, “Comic Books and Graphic Novels,” which ultimately served over seventy-thousand students and which received special mention by Coursera for its innovative delivery of humanities material. In 2016 he created a MOOC on Public Speaking, and in 2019 oversaw the launch of the University of Colorado Boulder’s revolutionary MS in Electrical Engineering on the Coursera platform.

A tenured, full professor, Dr. Kuskin’s research area is the history of the book. He has written and edited books and articles on William Caxton, the emergence of printing in the fifteenth century, the transition from the Middle Ages to Modernity, comic books, and online pedagogy. He contributes to Inside Higher Education and writes an occasional blog on motorcycling. His work in the classroom has garnered awards from both the University of Colorado Boulder and the University of Southern Mississippi, Hattiesburg.

Dr. Kuskin majored in English and Psychology at Vassar College (class of ’87) and received his MA and PhD from the University of Wisconsin-Madison (’97). He was a University of Warwick Exchange Fellow in 1995, a Stanford Humanities Postdoctoral Fellow in 2000, and a 2006 NEH research grant awardee.