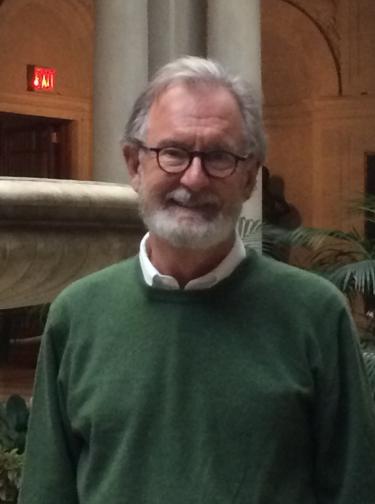 Professor • Director of the Program for Writing & Rhetoric
john.stevenson@colorado.edu
303-492-7622

John Stevenson has been a faculty member at Boulder since 1982, and is a scholar of British literature of the eighteenth century, and the author of two books, including most recently, The Real History of Tom Jones (2005), which won the Eugene Kayden Book Prize in 2007. His articles on the eighteenth- and nineteenth century novel have appeared in such journals as PMLA and ELH; he has also presented his work at conferences many times, both nationally and internationally. He is a former winner of the Boulder Faculty Assembly Teaching Excellence Award. He was Chair of the English Department (1996-2004), and served as Interim Director of the Program for Writing and Rhetoric (2001-02). He joined the Graduate School as Associate Vice Chancellor for Graduate Education in 2005 and was Dean of the Graduate School from 2009-16. John’s degrees include a BA summa cum laude, Duke University, 1975, and a PhD, University of Virginia, 1983.