Meet the Buff who's the new voice of Denver's airport train 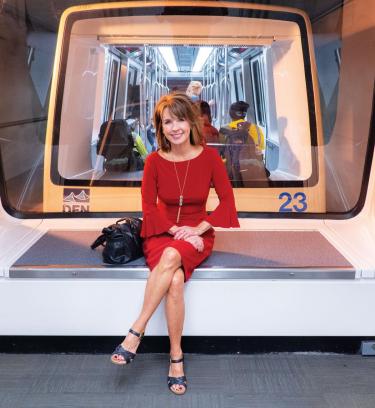 The next time you’re traveling through Denver, longtime Colorado news anchor Kim Christiansen will be among the first to welcome you to the Mile High City.

“You are delaying the departure of this train.”

Riding it is unavoidable for most of the airport’s travelers—61 million of them in 2017. Their volume makes Kim Christiansen (Jour’84) nervous.

“It’s the most flattering, humbling, exciting thing,” said Christiansen, who is paired with Alan Roach, the former Denver Broncos and Colorado Rockies announcer who has been the train’s male voice since 2007.

Read more at the Coloradan