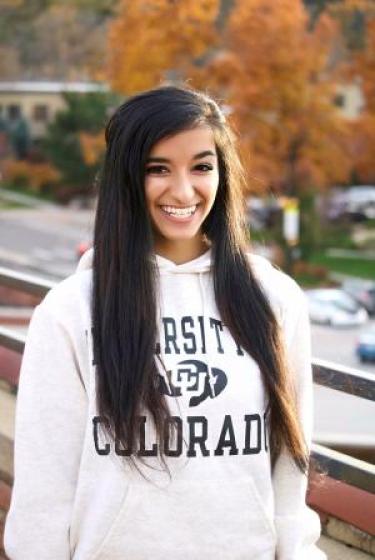 University of Colorado Boulder student Serene Singh, a senior who is majoring in political science and journalism, is among 32 Americans who will receive the prestigious Rhodes Scholarship to study at Oxford University in England starting next fall.

A native of Colorado Springs, Colorado, Singh is the 20th CU Boulder student, the first CU Boulder woman, and she is among a handful of Sikh-Americans to claim the coveted scholarship. She is the university’s first Rhodes Scholar since 1993, when All Big Eight tackle and Colorado Buffaloes football team captain Jim Hansen won the award.

She has said she aspires to serve on the U.S. Supreme Court one day, and would be the second CU Boulder graduate to do so if she accomplishes that dream, following in the footsteps of Byron “Whizzer” White, who won the Rhodes Scholarship in 1938 and went on to become a U.S. Supreme Court justice.

“I still feel like I am dreaming,” Singh said Sunday after returning to Colorado from Salt Lake City, where she interviewed with a selection committee. “I woke up this morning with a feeling I’ve never had before. It truly felt like cloud nine times a thousand.

“I’m really proud to represent CU, Colorado, women and the Sikh community,” said Singh, who shared the good news with her two siblings and parents, G.B. Singh and Nitu Singh, on Saturday night.