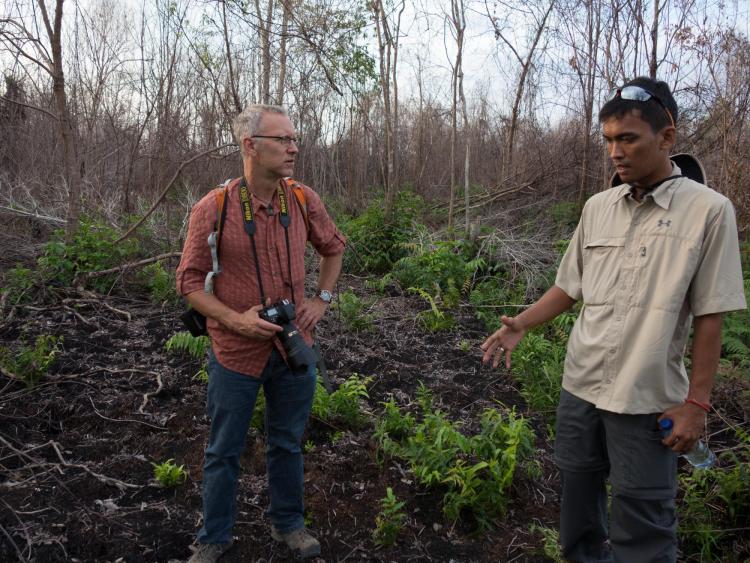 Michael Kodas (left) interviews an Indonesian environmental activist during one of his reporting trips to Sumatra and Borneo in 2014.

Over the past several months, a series of massively destructive wildfires have ravaged the country. Seattle spent much of late summer under clouds of smoke and ash from fires in Washington, Oregon and Canada. Meanwhile, in northern California, the state experienced the deadliest rash of wildfires in its history.

In light of these events, media outlets have turned to the expertise of Michael Kodas, an award-winning journalist and photojournalist who is the associate director of CU Boulder’s Center for Environmental Journalism and author of the new book, Megafire: The Race to Extinguish a Deadly Epidemic of Flame.

In the book, Kodas, who has spent decades around wildfires—fighting, photographing and reporting on them—looks at the increased frequency and intensity of large-scale wildfires and contextualizes them in terms of contributing social, political and environmental factors. Upon publication, Megafire received press from outlets including the Denver Post, Seattle Times, eTown and Wildfire Magazine, among others.

Since publishing the book in late August, Kodas has spoken with a series of local and national news outlets about current and recent fires, and about what people can do to avoid a worsening situation moving forward.

Most recently, on Oct. 26, Kodas published a column in the New York Times’ opinion section warning readers about the increased threat of wildfires throughout the western United States. Earlier in the summer, Fernanda Santos cited Kodas and Megafire in her Aug. 6 Los Angeles Times op-ed piece on the realities of living with wildfires. Matt Slaby also cited Megafire in his Sept. 20 op-ed piece “U.S. Needs to Be Smarter About Fighting Wildfires” for the U.S. News & World Report. In mid-August, just before Megafire was published, the multimedia magazine bioGraphic featured an excerpt and photo display prepared by former CEJ research assistant Breanna Draxler (MJour’12). 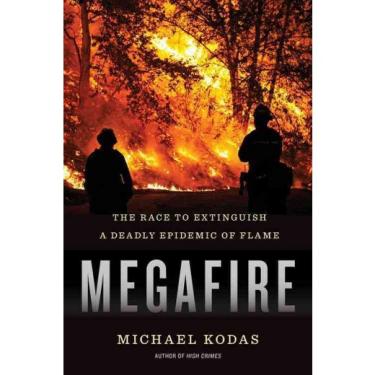 Kodas also has been a prolific guest on radio stations around the country, making regional appearances in cities across the West, as well as several national appearances. On July 20 he spoke about the Detwiler Fire—which was burning in Mariposa County, California, west of Yosemite National Park—as a guest on KQED in Northern California. Later, on Oct. 15, he returned to KQED to discuss wildfires that were destroying large swaths of California’s Sonoma and Napa counties at the time. He also made two appearances on NPR’s Weekend Edition Sunday, first with host Lulu Garcia-Navarro on Sept. 17, and later with host Renee Montagne on Oct. 15. A few days earlier, on Oct. 12, he appeared on NPR’s 1A alongside reporters and researchers from California and Oregon.

On broadcast news, Kodas recently went on 7News Denver and 9News to offer a local perspective on the national wildfire issue. At CU Boulder, he appeared in the inaugural issue of CMCI Now, the college of Media, Communication and Information’s print and online magazine, alongside Assistant Professor of Communication Jody Jahn.

To stay up to date on Kodas’ work and learn more about Megafire, follow him on Twitter at @MichaelKodas and follow the College of Media, Communication and Information at @CUBoulderCMCI. You can also follow CMCI’s Department of Journalism, where Kodas is an instructor, at @BuffJournalism and you can follow the Center for Environmental Journalism at @CU_CEJ.