CMCI brings together experts with diverse perspectives. As a journalist and a communication scholar discuss the growing issue of wildfires, they reveal there is more to firefighting than extinguishing flames.

Jody Jahn grew up in rural Idaho and worked eight years as a wildland firefighter, including three years rappelling from helicopters to fight remote blazes. An assistant professor of communication, she studies how firefighters communicate in dangerous situations and how communities discuss fire resilience. As a journalist, Michael Kodas trained with wildfire crews and has reported on wildfires around the world. The associate director of the Center for Environmental Journalism, his newly released book, Megafire: The Race to Extinguish a Deadly Epidemic of Flame, explores the global growth of wildfires.

CMCI: How did you first come to work with forest fires?

Jody Jahn: I needed to earn money in the summer during college, and there weren’t many great options in rural Idaho, so I chose wildland firefighting. On my 18th birthday—the day before I started—my dad took me to a boot shop. He bought one of my work boots and I bought the other. I did that throughout the summers to pay for college and then for a few seasons afterward. So wildfire has always been part of the geography of who I am.

Michael Kodas: Three or four months into my first staff job as a journalist on the East Coast I heard about a wildfire and thought, “I’ve never seen one of those.” I followed the police scanner, parked the car and hopped over some fences to get to where I saw a bunch of people digging a line around this big grass fire. As soon as I started taking photographs, I heard this bellowing voice and there was this guy the size of a bulldozer running at me with a badge. As it turned out, these fences that I hopped over were the periphery fences for a maximum-security prison, and all of the firefighters were prisoners.

The guard started to drag me out of the prison just as the fire exploded and was about to overrun one of the firefighters. So I’m trying to take a telephoto shot of this while this guy is manhandling me. I figured he was going to stick his hand in my lens, but he just picked me up and he aimed me at the fire to let me take this sequence of photos of this guy running for his life. Then he knocked me down again and dragged me out. The photo was very dramatic and got distributed all over the country, and it just got me really interested in this idea of wildfire.

CMCI: So how do you study wildfires today?

Kodas: My work as a journalist is focused on the idea that our fire crisis has very little to do with forests and fire and is almost all a consequence of economic, political and cultural decisions that we’ve made.

Jahn: I’ve studied how the language of firefighting reflects the history of firefighting in the United States. Not only did much of the equipment come from military surplus after the world wars, but so did the organizing structure and hierarchy. The language of wildland fire reflects this kind of military mentality: direct and indirect attack; anchoring and flanking the fire. You’re a “firefighter” not a “fire manager.”

All of this history has created this situation in the U.S. where we have a group of people—wildland firefighters—who fight fire on behalf of the citizens, just like we have people to fight wars on our behalf.

Kodas: We’ve created a dependency. We have a population that moves into really hazardous landscapes and expects a societal infrastructure to take care of the fire. This creates perverse incentives for the public to live in dangerous places and to not protect their own property.

Jahn: Part of that, too, is that landowners are often disconnected from the ways these fire-dependent ecosystems work. They might purchase a piece of property in a fire-prone area because they love the trees. They see green trees so they think, “Oh, this area is healthy,” but in fact it could be really overgrown and ready to burn at any moment.

Some of my research right now is focused on this idea of resilience and looking at how multiple stakeholders define what a fire-resilient landscape is. The problem is when forest managers want to implement forest treatments that end up being opposed by landowners who have a different understanding of what resilience means. For landowners it might have to do with aesthetics and property value, whereas with land managers it may have to do with ecosystem health and the safety of people and habitats.

Kodas: It’s really hard, after a century of fire suppression, for people to stand up and say “we were wrong.” If we keep putting out fires in this landscape over a long period of time, we’re just going to get a way worse fire in the future or we’re going to totally change the structure of this forest.

We’re seeing a pretty steady increase in wildland firefighter deaths and property loss around the world. I’m kind of tracing this back to decisions that we’ve made and ways that society chooses to live. It’s not that suddenly natural fires are killing more people or damaging more property, but that fires are very different, the way we’re dealing with fires is very different, and what we have at risk is very different than before. 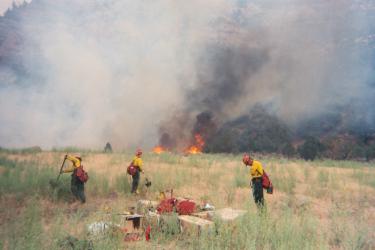 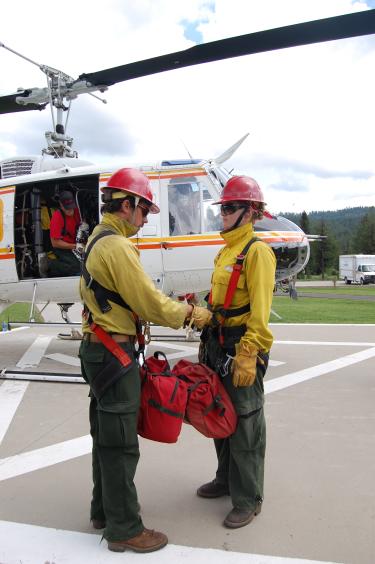 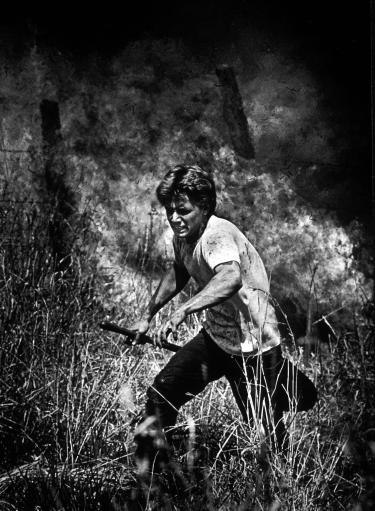 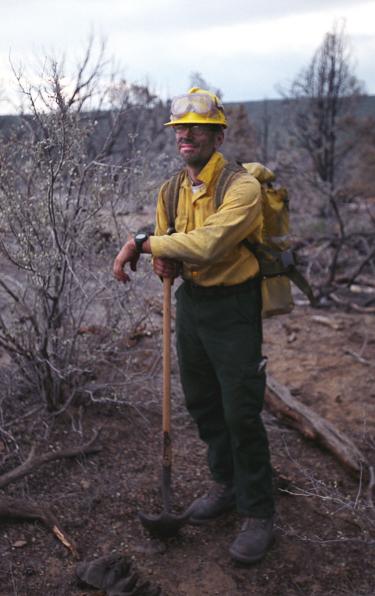 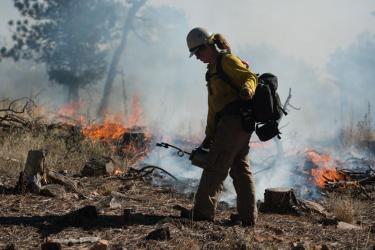