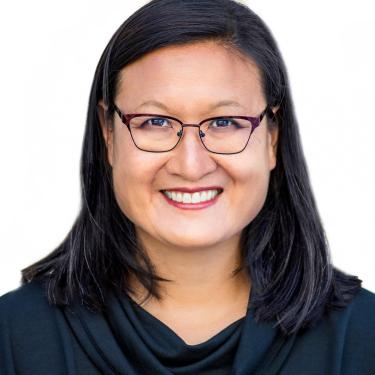 The daughter of a refugee father from China and an immigrant mother from Jamaica, whose own parents were immigrants from Hong Kong, Jennifer Ho is the director of the Center for the Humanities & the Arts at the University of Colorado Boulder, where she also holds an appointment as Professor in the Ethnic Studies department. She is the current president of the Association for Asian American Studies and sits on the board of directors for the Consortium for Humanities Centers and Institutes (CHCI), the National Committee on US-China Relations, and Kundiman (an Asian American literature non-profit). Ho has co-edited two collection of essays, Narrative, Race, and Ethnicity in the United States (Ohio State University Press 2017) and Teaching Approaches to Asian North American Literature (Modern Language Association 2022), and she is the author of three scholarly monographs, Consumption and Identity in Asian American Coming-of-Age Novels (Routledge 2005), Racial Ambiguity in Asian American Culture (Rutgers University Press 2015), which won the South Atlantic Modern Language Association award for best monograph, and Understanding Gish Jen (University of South Carolina Press 2015). She has published in journals such as Modern Fiction Studies, Journal for Asian American Studies, Amerasia Journal, The Global South, Southern Cultures, Japan Forum, and Oxford American. Her next two academic projects are a breast cancer memoir and a monograph that will consider Asian Americans in the global south through the narrative of her maternal family’s immigration from Hong Kong to Jamaica to North America. In addition to her academic work, Ho is active in community engagement around issues of race and intersectionality, leading workshops on anti-racism and how to talk about race in our current political climate.