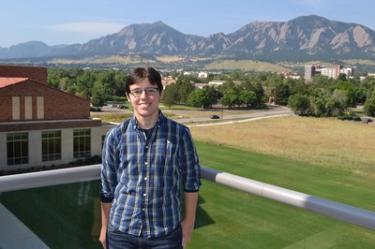 Zinc (Zn2+) is a transition metal that is an essential cofactor for thousands of human proteins. Most Zn2+ in cells is bound by protein, but small amounts of labile Zn2+ exist in all cellular compartments. In certain cells, Zn2+ signals occur wherein intracellular or extracellular labile Zn2+ concentrations increase due to altered Zn2+ uptake, Zn2+ release from organelles or buffering proteins, or active Zn2+ secretion. Some excitatory neurons in the brain, particularly in the hippocampus, are known to sequester Zn2+ and exhibit Zn2+ signaling. Zn2+ is concentrated into synaptic vesicles in these neurons and is exocytosed into the synapse upon neuronal depolarization. Synaptic Zn2+ regulates post-synaptic glutamate receptors, after which pre- and postsynaptic cells experience a transient increase in cytosolic Zn2+. I investigate neuronal Zn2+ signaling by using microscopy to visualize and quantify Zn2+ levels and dynamics in neurons. I also use RNA-Seq to probe potential targets of Zn2+ signals.

IQ Biology has given me opportunities and resources for collaboration and a deeper understanding of the fundamentals behind my research, especially in the areas of microscopy and sequencing.

Lynn received a BS from Pomona College and majored in Chemistry. She joined IQ Biology in her third year as a graduate student in Dr. Amy Palmer's Lab (Biochemistry). She was rostered in the Department of Biochemistry and graduated in Summer 2019. 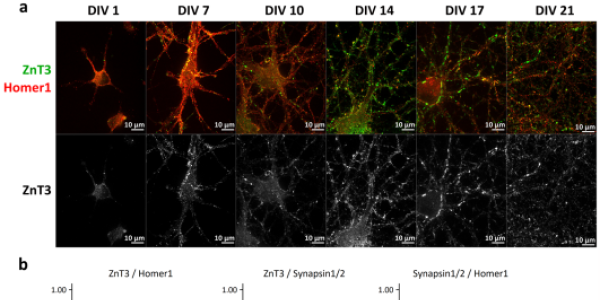 Zinc (Zn 2+ ) is an integral component of many proteins and has been shown... END_OF_DOCUMENT_TOKEN_TO_BE_REPLACED
Return to the top of the page