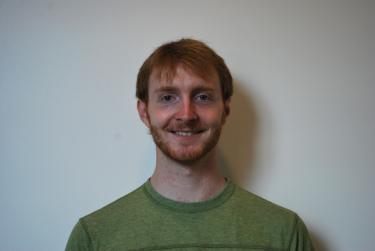 Adam received a BA in Biology and Computer Science and a MA in Bioinformatics from Wesleyan University in May 2010. His Master's thesis research was on "Modeling mRNA Secondary Structure Effects on Translation Initiation the Saccharomyces cerevisae." Adam did his first lab rotation with Dr. Ryan Gill (Chemical and Biological Engineering) and his second lab rotation with Dr. Rob Knight (Biochemistry). He did his third rotation with Dr. Brett Melbourne (Ecology and Evolutionary Biology). Adam pursued his PhD in the Department of Computer Science and was a member of Dr. Rob Knight's lab. He transitioned to Dr. Ryan Gill's lab when Dr. Knight left CU Boulder. He is primarily interested in how microbial communities can be utilized to produce arbitrary molecules of interest with a focus on molecules related to biofuels. He has also been involved in projects related to human health, such as the American Gut Project. Adam graduated in Summer 2015.