Curiosity killed the cat, but it may help you get the Nobel prize

I don't feel frightened by not knowing things, by being lost in a mysterious universe without having any purpose - which is the way it really is so far as I can tell - it does not frighten me.

–Richard Feynman, The Pleasure of Finding Things Out 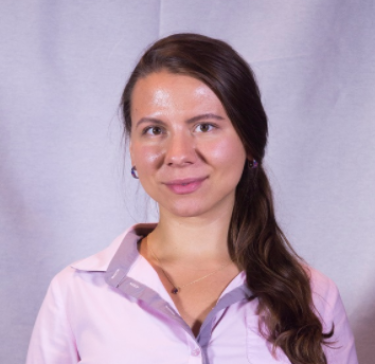 Doctoral students have a lot of time on their hands. It may appear otherwise, but the unstructured nature of a graduate student’s life lends itself to exploring seemingly endless plains of fascinating information. I am a Materials Science and Engineering Ph.D. student working on developing molecular tools like CRISPR (Clustered Regularly-Interspaced Short Palindromic Repeats used for editing DNA) to make microorganisms that can convert sugar into plastics. And somehow, on a snowy day in early January, I found myself going down a rabbit hole of attention-grabbing references that led from CRISPR to molybdenum.

Here are just a few fascinating facts I learned from this search: Did you know that molybdenum, occupying position 42 in the periodic table, has the sixth-highest melting point of any element? And that one of the world’s largest molybdenum mines – the Henderson Mine – is located near Leadville, Colorado, and adjoins a 10-mile railroad tunnel that goes under the Continental Divide? Or that molybdenum is an essential cofactor for nitrogen fixation in plants and arsenic detoxification in the liver? That there are species of archaea – some of the most ancient organisms on our planet – that can survive at pH < 0 (think battery acid) and reproduce at 250° F? And that some archaea have flat square-shaped cells? Oh, and that thing that initially began my search? There are now over 16 different subtypes of CRISPR systems.

So, how did I get from CRISPR to molybdenum mining? Mere curiosity. It may appear like a form of procrastination, but I prefer to think of it as an “idea treasure hunt.” In the process of mental exploration, one thought leads to another through association. Sometimes they flow in a linear pattern, other times they branch, splay and explode into thousands of new connections, forming intricate webs of facts and concepts in our brains. Occasionally an idea might wormhole its way to a distant node in the network, generating a surprising product – or even a revolutionary discovery. The mind theorists call this process the “promiscuous combination of ideas,” and it has led many scientists to come up with new theories and unexpected solutions.

Richard Feynman had the spark for his Nobel Prize-winning idea when he saw a student throw a plate across the cafeteria. Initially, he set out to solve a classical mechanics problem, but ended up in the quantum physics realm: the calculations of the wobbling speed and rotation of the plate transformed into a theory of how electron orbits move in relativity. Of course, that flying dish alone did not inspire the Nobel Prize theory. It involved connecting the dots from a giant constellation of concepts and theories in his mind. In the words of Feynman, “then there's the Dirac equation in electrodynamics. And then quantum electrodynamics. And before I knew it…the whole business that I got the Nobel Prize for came from that piddling around with the wobbling plate.”

One could argue that it was his deep understanding of physical principles and intense concentration that led Feynman to formulate the theory. I bet at least part of it was that Feynman was a man with insatiable curiosity; he was curious about how dreams work, how smart ants are, Japanese culture, or whether jelly can set at a low temperature if continuously stirred. When something grabbed his attention – like the wobbling plate – he chased after it, regardless of whether it was an elusive physics problem or something trivial he simply wanted to know more about. On his curiosity-fueled hunt for interesting things, he acquired a wealth of information and the ability to effectively process it, which enables one to draw surprising connections between distant ideas.

The information age has created a kind of “meta-mind” where people can easily share their ideas and together contribute to solving advanced problems. Most of the scientific discoveries today come not from individual researchers, but from the combined efforts of many people working in a field. For example, initial observations of the effects of CRISPR occurred in the dairy industry, where deliberate exposure to bacterial viruses (phages) was used to protect bacterial cultures against future phage infections1. A computer search for similar sequences found fragments of phage DNA in the curious spacer-repeat CRISPR patterns, so it was proposed to be the bacterial “immune system”. Later, other researchers realized that CRISPRs could be expressed in different organisms and harnessed to target specified DNA sequences. Thus, CRISPR editing technology emerged from the combined efforts of many different labs and is now being proposed for applications like modifying human embryos – a prospect almost as far removed from its original use for making yogurt as it is from molybdenum mining.

I doubt that any scientist could have single-handedly figured out the application of CRISPR technology for gene editing purposes. Advancements like that take the combinatorial powers of the collective scientific mind. However, smaller discoveries are happening in labs every day, and they also require connecting the dots between quite distant concepts. So, next time you catch yourself procrastinating by reading seemingly unrelated articles on the internet, or by watching ants going about their business, or throwing a Frisbee (while trying to calculate its rotation speed in the air) – don’t be so hard on yourself. After all, you may just stumble upon your Nobel Prize idea.

1If you are curious, this source provides a great timeline of CRISPR discovery and development.