Night at the Museum: With the Society for Vertebrate Paleontology 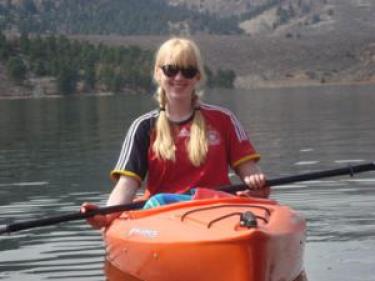 The kickoff for the 72nd Annual Meeting for the Society for Vertebrate Paleontology was the night of October 17th—that’s right, the meeting began on National Fossil Day.

To be honest, I didn’t know that there was such a thing as National Fossil Day before attending SVP (as I’m guessing you didn’t know until just now, either). However, the holiday was well-celebrated among the SVP crowd, with posters of wooly mammoths, stickers, and celebratory pins. While the Welcome Dinner for SVP wasn’t specifically set-up for National Fossil Day, it definitely still fit the theme.

After a long first day of talks ranging from the discovery of a new dinosaur specimen to the evolution of sloths, an update about digs in Panama, and even a talk centered around determining the color of dinosaur feathers, the attendees made their way to the North Carolina Museum of Natural Sciences for the Welcome Dinner. Many of the people in attendance work at various natural history museums, but for me this after-hours exploration of the museum was a real treat! I enjoyed my dinner of pasta and salad and then, with a fellow grad student from Lima, Peru wandered around the museum until 10:00 p.m.

I was immediately struck by the various strategies used by the museum to connect with visitors of all ages and scientific backgrounds. Many of the exhibits were very hands-on and appealed to multiple learning styles simultaneously. Others, such as a skeleton of a right whale that was hit by a boat several years ago, did an excellent job conveying the importance of conservation biology. While visiting the weather exhibit, I learned that my fellow grad student had almost died a few years ago at her field site when a severe earthquake caused landslides on the road between her dig site and camp. It was fascinating to witness firsthand the science conversations and questioning that occurs, even among world-class scientists, while at a museum designed for the general public.

By far, my favorite part of the after hours party was exploring the museum’s research paleontology collection which consists of over 56,000 vertebrate and 55,000 invertebrate skeletons, including skeletons ranging from dinosaurs to ancient ground sloths. Embarrassingly, the vast majority of the various fossils, such as a femur or tooth, I couldn’t identify past “dinosaur” or “mammal.” I’m still perplexed by some vertebrae I saw in the private collection area that were nearly 12 inches in diameter. While I loved examining them in such close proximity, it was frustrating that none of the scientists around me, nor I, had any clue which species they were from.

I found that It was an incredible opportunity to be part of the conversations that occurred in the special collections area. Many centered around fossil identification, but I also took part in conversations about modeling in paleontology, climate change (and the various ways this will be evident in the fossil record), and even a conversation about microbes, and their role (or lack thereof) in fossil preservation. The conversations were incredibly diverse in nature, and most of them were spurred by some exhibit in the museum, created for school groups or a family visiting on a vacation. This was an incredible reminder to me of the importance of making our science accessible to all, and that everyone—no matter their background—enjoys a trip to see dinosaurs and giant sloths at the museum.