When the student becomes the mentor 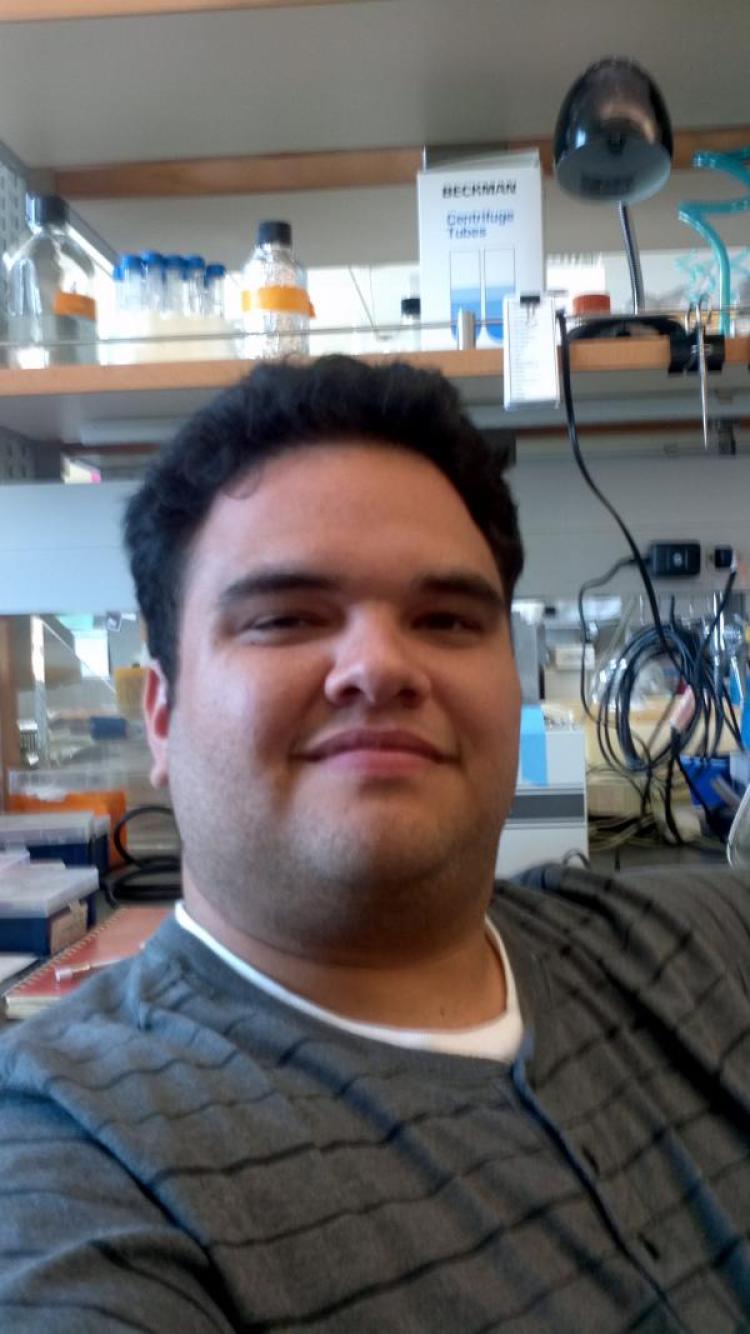 This past May, the inaugural class of IQ Biology, including myself, finished its first year of graduate study. It was an interesting year that saw different people from very different backgrounds coexist in an interdisciplinary environment where sometimes we didn’t know what each other was saying. Not a language barrier, nor a cultural shock, but a difference in perspectives and educational backgrounds. It was quite the experience seeing the first year unfold and have us all become comfortable with each other and the fact that we all have different interests.

I decided to join the MCDB department and Dr. Leslie Leinwand’s lab. I have been working on understanding the actin-myosin cross-bridge cycle kinetic model. In general, I want to understand why different myosin isoforms and mutants have different reaction rates and how they play a role in myopathy (muscle disease). Myosin, one of the main contractile proteins in muscle cells can show differences in its reaction rates depending on the muscle, the isoform and the developmental stage. Mutant forms of the protein result in muscle disease and understanding these reactions at the kinetic level can help design treatments for these myopathies. I feel very fortunate to be on this path with some great classmates and in a great lab working on a very interesting project with biotech potential.

My story in Boulder didn’t actually start in August 2011, but in the summer of 2005 and I attribute that summer as one of the main reasons I am in this fortunate situation. I participated in the SMART (Summer Multicultural Access to Research Training) program during that year and immediately fell in love with the Boulder lifestyle and was very intrigued by the research environment.

The SMART program has been going on for 24 years and its main goal is to bring minority undergraduate students from underrepresented institutions to one of the high-end CU-Boulder labs to do research for the summer. That summer was very meaningful for me and it was a huge factor in my decision to continue graduate studies in Boulder. I remained friends with Dr. Mark Hernandez and Barbara Kraus throughout the years and we were all pretty excited when I decided to join the BioFrontiers Institute.

One idea that I had of a way I could repay them for their efforts was to become a student mentor for the program. I would join some colleagues and fellow grad students in helping the intern class for this year in any way we could. But my idea was taken a few steps further, when Leslie trusted me to also mentor the student who joined the Leinwand lab for the summer.

Initially, I was confused. I had just joined the lab, what do I have to teach to a person who is probably 3-4 years younger than me and who is also joining the lab with me? Thankfully, Leslie assured me that one of the postdocs (Steve Langer) would be the one doing most of the teaching and I would help out. Then Dr. Langer told me he would be taking some much-deserved vacation time during the student’s first week, so again… confusion.

As it turned out, I actually had a lot to teach during the first two weeks. I taught the student some tissue culturing, some Q-PCR, some protein purification and some theory behind my new reason for living: myosin kinetics. Then Steve and the recently graduated John Deacon (Leinwand Lab, defended in July) helped me out for the rest of the summer.

I also had a chance to interact with the other students when I gave a workshop on how to write a research proposal. The proposal is just one of the many requirements that the SMART program has for the interns. Watching the students work on their respective proposals in the beginning of the summer was very fun because it reminded me of my proposal in 2005 and how I struggled with it.

Then, I and a fellow mentor, Joan Marcano (Batey Lab) gave a Science and Society workshop where we described to the students some ethical issues in research through a Nature article on Cohort studies. It resulted in some discussion on the future of “big data” and the responsibility of having this information. We also took some time during this workshop to talk to the students about the BioFrontiers Institute. There were also some fun times like when the group went on a rafting trip and when we went to Hartford, Connecticut for a symposium at which over 20 programs similar to the SMART program brought their groups of students to present their research for the summer.

In the end, I believe this was a very productive summer, meaningful just like the one in 2005. I joined a lab that I like, work on a project with many facets and issues, and I got a chance to give back to the people who are responsible for me being in my current situation. I was able to help train a very SMART student which was very rewarding considering he is interested in cardiac failure research. Working in a team-fashion with John (biochemist) and Steve (virologist) while training a biomedical engineering student, was just as interdisciplinary of an effort as the first year of IQ biology. I look forward to future challenges such as this one.