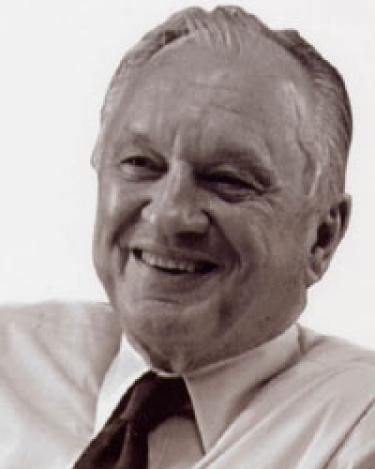 Walter Hickel served for two years (1969-1970) under President Nixon. As Secretary, he became known for his strong actions on behalf of a national energy policy, helping to awaken America to the emerging environmental crisis, and for his role in establishing the Environmental Protection Agency. His actions at Interior included, among other things, upgrading offshore oil drilling regulations after the Santa Barbara oil spill disaster and later getting Chevron indicted on 900 counts for breaking those regulations in the Gulf; negotiating with oil producers to build a trans-Alaska pipeline; and placing all eight species of great whales on the Endangered Species List. His term was cut short when he openly criticized President Nixon’s policy towards student antiwar protesters and the Kent State University killings.