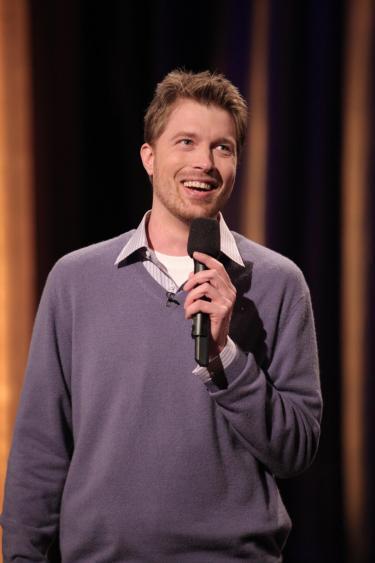 Originally from Wisconsin, Shane Mauss caught his first break when he was awarded ‘Best Stand-Up’ at The HBO US Comedy Arts Festival in 2007. This led to his TV debut and first of five appearances on Conan.

Since that time he’s been on Jimmy Kimmel, Showtime, has had a Comedy Central Presents, a Netflix special ‘Mating Season’, and most recently released album inspired by breaking both of his feet in a hiking mishap called ‘My Big Break’ which spent time at #1 on the comedy iTunes charts.

Shane has also been getting a lot of attention as a popular guest on podcasts such as Marc Maron’s WTF, Pete Holmes’ You Made It Weird, The Joe Rogan Experience, Bertcast, Duncan Trussell’s Family Hour, TOFOP, Crabfeast, Never Not Funny, Keith and The Girl.

His favorite thing to do while traveling around the country is to find scientists in the area to interview for his podcast “Here We Are”. The podcast explores psychology, sociology, neuroscience, behavioral economics, evolution, marketing, and all things related to the meanings of life.