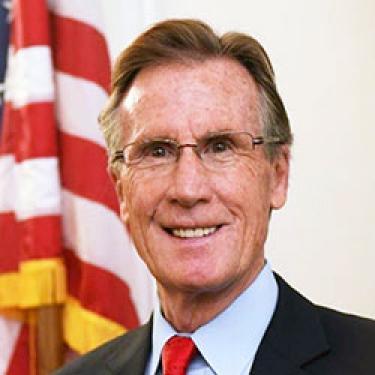 Scott McInnis is a Colorado native and was a Republican member of the U.S. House of Representatives from Colorado’s 3rd CD from 1993 to 2005. He succeeded Ben Nighthorse Cambell who had been elected to the Senate. While in Congress, McInnis served on the powerful Ways and Means Committee.

From 1983 to 1993, McInnis served in the Colorado House of Representatives, where he was elected House Majority Leader and served as Chairman of the Agriculture and Natural Resources Committee.

In November 2014, McInnis was elected a member of the Mesa County Board of County Commissioners—beginning term in office in January 2015. He now served as chair of the Commission in 2020.

McInnis earned a B.A. from Fort Lewis College in 1975 and a J.D. from St. Mary’s University in San Antonio, Texas, in 1980. He served as a police officer in Glenwood Springs and before election to Congress practiced law.