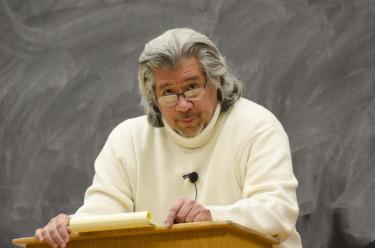 Hydraulic Fracturing On Tribal Lands: A Weight Of The Evidence Approach

Robert J. Martin is an enrolled member of the Makah Indian Tribe in the State of Washington. Academically trained with a law degree from the George Washington University National Law Center in Washington D.C.; he has over thirty years of professional experience in the fields of tribal, energy and environmental affairs. He has represented the policy interests of the Council of Energy Resource Tribes as Director of Law, Policy and Governance. In addition, as coordinator of all government affairs for a Washington D.C. law firm he represented the policy interests of Indian tribes nation wide.

Click Here to listen to the FrackingSense series podcasts.