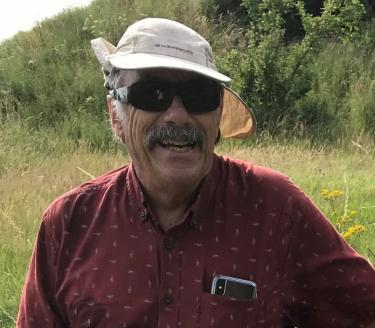 Peter Barkmann is a Senior Hydrologist at the Colorado Geological Survey (CGS) where he conducts regional water resource investigations, environmental assessments, and manages the groundwater resources program.  Prior to joining the CGS in 2002, Peter helped a local consulting firm assess hydrogeological characteristics of the Denver Basin aquifers and oversaw the design and installation of production-water wells for municipal water providers in the basin.  At CGS, he has worked to decipher the 3D stratigraphic architecture of this important aquifer system and was principal investigator and lead author of the CGS report Cross-sections of the fresh-water strata of the Denver Basin.He is co-author on numerous CGS maps and reports, including the award-winning Ground Water Atlas of Colorado (2003). Recently, he has led the effort to update the Atlas to an entirely web-based format and has coordinated development of a statewide Abandoned Mined Land inventory data hub.  Peter holds a Bachelor of Science Degree in Geology from Western Washington University and a Master of Science Degree in Geology from the University of Montana.

Title: Groundwater Resources in Colorado: An Online Atlas – Over-appropriation of surface-water resources, combined with increased demand and a lack of new storage reservoirs, has directed attention to Colorado’s groundwater, which currently supplies ~18% of the State’s freshwater needs. Groundwater is also tied to many energy resources and policy issues. Geologic formations may be aquifers near the surface but oil and gas reservoirs at depth, or may host uranium deposits. Groundwater is used and produced as part of normal oil and gas operations, removed from coalbeds to produce methane, or pumped to allow mining. Assessment of groundwater resources is an important task for the Colorado Geological Survey, the State’s non-regulatory source for groundwater information. A recently completed revision of their 2003 Groundwater Atlas of Colorado is now available online to a wide public audience. The Atlas adds new data and revises information based on expanding scientific knowledge of Colorado’s complex hydrogeologic setting.