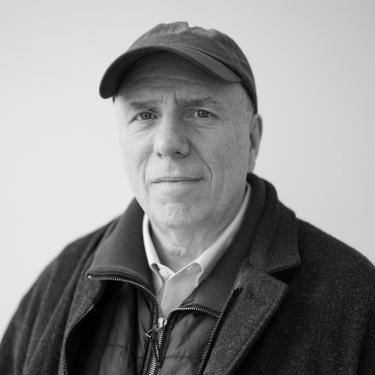 Ian Frazier was born in Cleveland, Ohio, in 1951, the oldest of five children, and grew up in the small town of Hudson, about twenty miles south of Cleveland. Ian left Hudson for Harvard in 1969. In college, he accomplished little besides fooling around on the Harvard Lampoon, the college humor magazine, but that little stint was enough to suggest a vocation. After graduating with a degree in General Studies, which meant essentially that his tuition had been paid, he became a writer, and has supported himself by writing ever since.

Frazier’s first job was for Oui magazine in Chicago. This magazine, a Playboy spinoff, ran pictures of naked women and some naked men. He quit after six weeks and hitchhiked to Florida and then to New York, where he re-applied for a job at The New Yorker. It gave him a job as a reporter for Talk of the Town. He had just turned twenty-three. In his life, he has written hundreds of Talk stories, as well as many humor and long reporting pieces for the magazine.

In 1982, at the age of 31, he gave up his office and his New Yorker health insurance and pension and moved to near Bigfork, Montana. While in Montana he married Jacqueline Carey, the novelist, whom he had met when she was a receptionist for the magazine. He supported them by writing for The New Yorker and other magazines. During the summers, he drove around on the Great Plains and accumulated the experiences that he would turn into his book Great Plains. It came out in 1989 and became a best-seller. His daughter, Cora, was born in the same year.

Frazier moved from Montana back to New York in 1985, then returned with his family to live in Montana in 1995. By then they had added a second child, Thomas, born 1992. After an argument with Tina Brown, The New Yorker’s new editor, Frazier resigned from the magazine. In Montana Frazier worked on a book about the Pine Ridge Indian Reservation while also taking time to travel in Siberia. In 1999 the family moved again, this time to Montclair, New Jersey, a suburb of New York City, where he and Jacqueline still live today.

On the Rez, Frazier’s Pine Ridge book, came out in 2000. In the same year, David Remnick, who had succeeded Tina Brown at The New Yorker, persuaded Frazier to resume contributing to the magazine. He has appeared in it regularly ever since. Since 2000 he has published several more book-length collections of pieces, and a novel, The Cursing Mommy’s Book of Days (2013). His collection Hogs Wild was published June 2016. He continues to write humor and reporting pieces and is working on a book about the Bronx.

He has won several fellowships and awards. In 1997 the Thurber House named his “Coyote v. Acme” the year’s best work of humor, and in 2009 it singled him out again for his “Lamentations of the Father.” He is the only writer to have won the Thurber Award twice. In 2012 his daughter, Cora, published her first humor piece in The New Yorker. She has published many since then, and the two of them have occasionally appeared in the same issue of the magazine.

He considers himself a freelance writer. Besides The New Yorker, he has published in The Atlantic, Mother Jones, The Smithsonian Magazine, The New York Review of Books, and Outside magazine, for which he is a contributing editor. He is called Ian only rarely. His everyday name is Sandy.