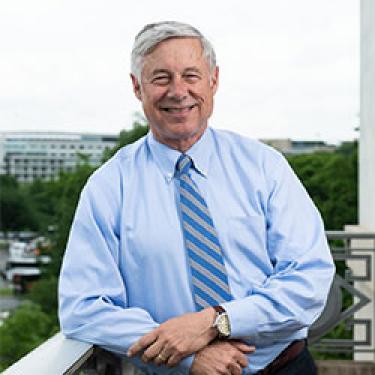 Congressman Fred Upton is proud to represent the common-sense values of Southwest Michigan’s Sixth Congressional District. A champion for bipartisan solutions, Fred Upton is Vice Chair of the House Problem Solvers Caucus. From 2010 to 2016, Fred was selected by his House colleagues to serve as Chairman of the Energy and Commerce Committee, and today, he serves as the top Republican on the Energy Subcommittee. In 2014, along with U.S. Rep. Diana DeGette from Colorado, Fred launched the 21st Century Cures initiative. This bipartisan effort aims to bring researchers, industry, and patients together to speed up the discovery, development, and delivery of life-saving cures. Fred has a reputation for fighting for issues important to folks here at home. His priorities for today remain the same as when he was first elected in 1986 – working with anyone at anytime to help all residents of Southwest Michigan.