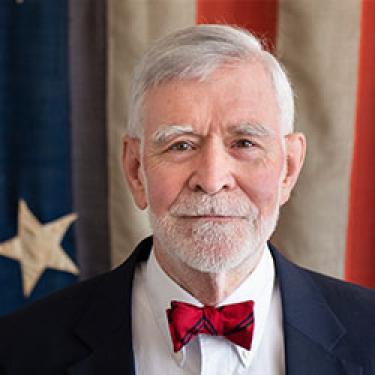 David Skaggs is a lawyer with Dentons US LLP, where he leads a team of lawyers from other firms challenging the constitutionality of TABOR. He chairs the board of Office of Congressional Ethics, is vice chairman of the board of the National Endowment for Democracy, and a member of the Boards of Trustees of the American University of Iraq and of the Association of Former Members of Congress.  He served in the Ritter administration as Executive Director of the Colorado Department of Higher Education.

Skaggs served six terms as U.S. Representative from the 2nd Congressional District (1987-99) and three terms in the Colorado House (1981-87). In Congress, Skaggs was on the House Appropriations Committee and the Intelligence Committee. He and Rep. Ray LaHood (R-IL) organized the House Bipartisan Retreats, in the effort to encourage greater civility and bipartisan cooperation in the House.

He has a B.A. Wesleyan University and a law degree from the Yale Law School. Skaggs served on active duty as a Captain in the U. S. Marine Corps from 1968 to 1971, including time in Vietnam. He and his wife Laura live on a small farm near Niwot; they have three adult children and four grandchildren.