This Black Family Ran a Thriving Beach Resort 100 Years Ago. They Want Their Land Back.

Original article can be found at The New York Times
Originally published on March 11, 2021 By Jacey Fortin

Willa and Charles Bruce were among the first Black people to settle in Manhattan Beach, Calif., but the city shut down their resort in 1924. Now, the county is considering returning the land. 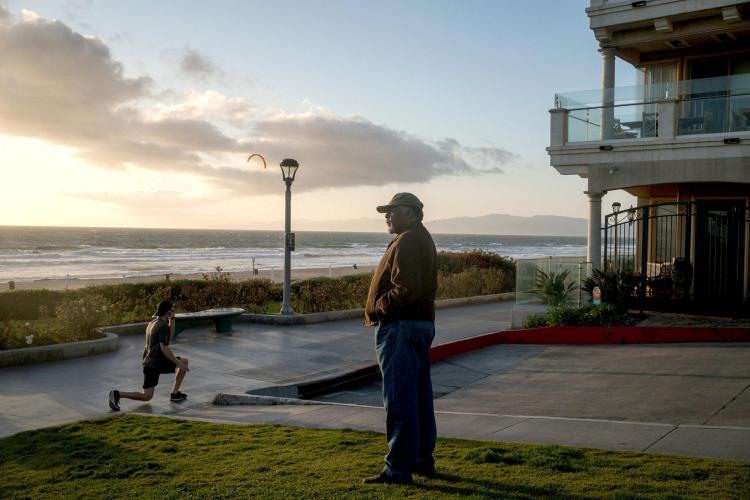 Duane Yellow Feather Shepard in Manhattan Beach, Calif., where members of his family ran a thriving beachfront resort that was seized by eminent domain nearly a century ago. Credit: Gabriella Angotti-Jones for The New York Times

In 1912, Willa and Charles Bruce bought a plot of land on the Southern California coast.

It was an oceanside lot in an area dotted with sunny blossoms of evening primrose and purple clusters of lupine. The land, made accessible by red trolley cars that trundled to and from the growing metropolis of Los Angeles, was ripe for development.

The Bruces and their son, Harvey, came from New Mexico and were among the first Black people to settle in what would become the city of Manhattan Beach. They built a resort where other Black families could swim, lounge, eat and dance without being subject to racist harassment.

The harassment came anyway, and the resort thrived despite it. But city officials shuttered the enterprise by condemning the land in 1924, claiming to need it for a public park. The Bruces fought the move through litigation, but failed. The city paid them $14,500, and they left their beach and lost their business.

Nearly a century later, their descendants are still seeking restitution.

“I just want justice for my family,” said Anthony Bruce, 38, a descendant of the Bruces who lives in Florida and has childhood memories of visiting the California land his relatives once owned. 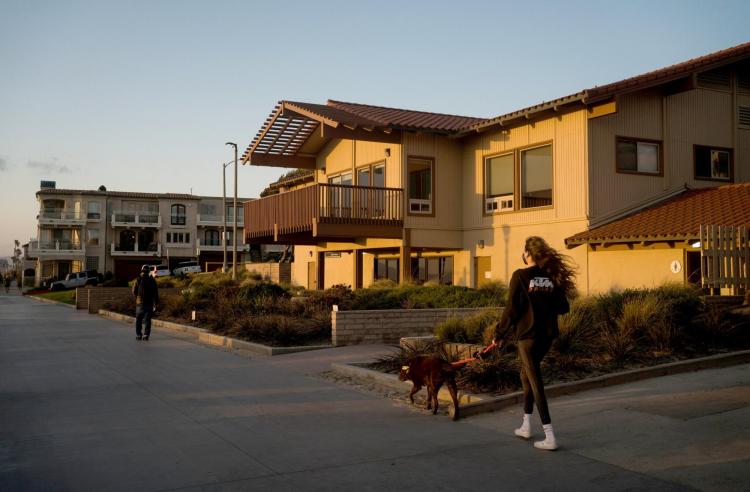 The Bruce family’s former property is now home to a training center for lifeguards. Credit: Gabriella Angotti-Jones for The New York Times 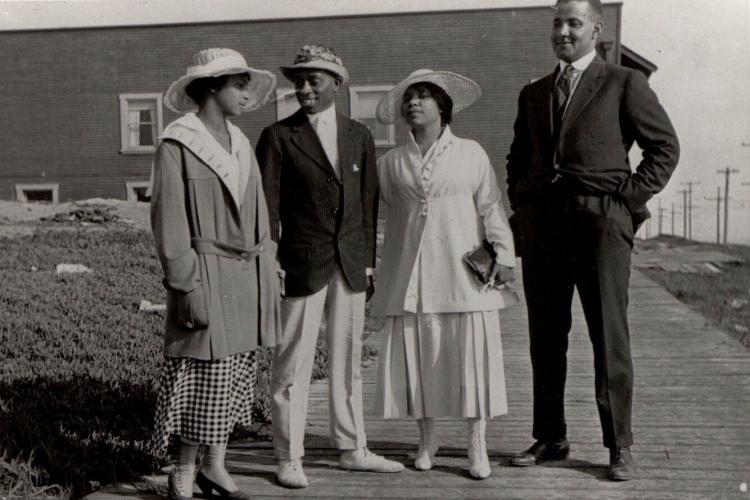 “It’s been a scar on the family, financially and emotionally,” said Duane Yellow Feather Shepard, 69, a relative of the Bruces who lives in Los Angeles and is a chief of the Pocasset Wampanoag Tribe of the Pokanoket Nation.

“What we want is restoration of our land to us,” he said, “and restitution for the loss of revenues.”

While the city is not seriously considering the possibility of monetary restitution — officials have said public funds cannot legally be used to pay such claims — property restoration is now on the table. Last week, Janice Hahn, a Los Angeles County supervisor, said she was open to returning the land to the family, ABC7 Eyewitness News reported. The land has been owned by the county since the 1990s and is now the site of a training center for lifeguards.

“This was an injustice inflicted upon not just Willa and Charles Bruce but generations of their descendants who would almost certainly be millionaires if they had been able to keep that beachfront property,” Ms. Hahn said in an emailed statement. She added, “I want the county to be part of righting this wrong.”

Both Mr. Bruce and Mr. Shepard said that restitution was about more just than their family. They pointed to the long history of racism in the United States, and to stories of Black people being robbed of their land or the fruits of their labor.

“We’ve been stripped of any type of legacy, and we’re not the only family that this has happened to,” Mr. Shepard said. “It’s happened all over the United States.” 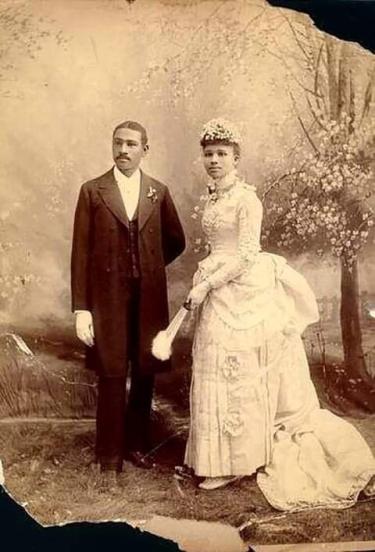 Manhattan Beach has been reckoning with the story of the Bruces’ shuttered resort for years. A park there was renamed “Bruce’s Beach” in 2007, and the city erected a plaque to tell the family’s story.

But the plaque credits a white landowner, George Peck, with making it possible for the Bruce family to settle there. It omits reports of Mr. Peck’s attempts to obstruct Black beachgoers’ paths to the shore.

“We definitely need to change the plaque,” said Kavon Ward, 39, an organizer and resident of Manhattan Beach. “But that’s not going far enough for me. We need to figure out how to get this land back to the family it was stolen from.”

Last year, amid nationwide demonstrations prompted by the killing of George Floyd in police custody in Minneapolis, Ms. Ward, who is Black, arranged a picnic at Bruce’s Beach to celebrate Juneteenth.

“I started thinking about the generational wealth that was stripped from that family,” she said. “It happened everywhere around this nation. We keep getting up, but why do we have to keep getting kicked down? Why? For me, it was time for reparations.” 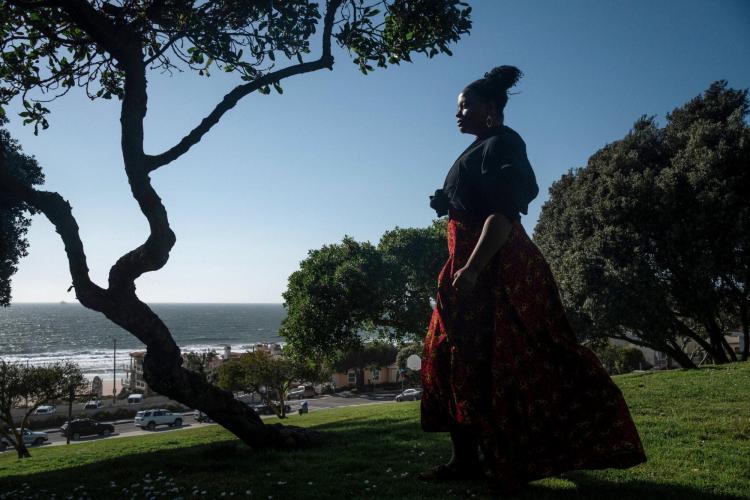 Kavon Ward has been working to raise awareness about the Bruce family. “We need to figure out,” she said, “how to get this land back to the family it was stolen from.” Credit: Gabriella Angotti-Jones for The New York Times

Alison Rose Jefferson, a historian based in Los Angeles, wrote about the Bruces and other families in a book, “Living the California Dream: African American Leisure Sites During the Jim Crow Era.”

“Many people only think about African-American civil rights through economic and political power,” Dr. Jefferson said. “They sometimes forget about the fact that recreation was a big part of the struggle.”

When Willa and Charles Bruce first opened their property to visitors in 1912, it had a small stand that sold food and fizzy drinks. By 1923, the property had a lodge and a beachside cafe, with space upstairs for dancing. Mr. Bruce was often out of town, working as a dining car chef on trains to Salt Lake City. It was Ms. Bruce who bought the property and handled much of the business at the resort.

“Wherever we have tried to buy land for a beach resort, we have been refused,” Ms. Bruce told The Los Angeles Times in 1912. “But I own this land and I am going to keep it.” 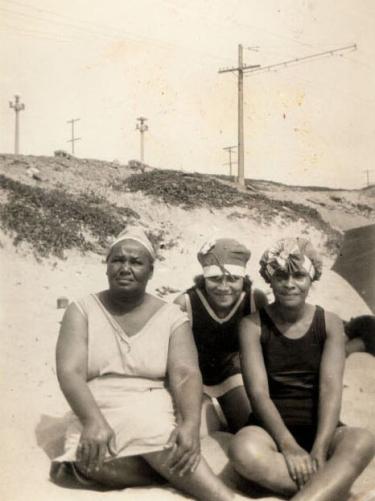 Willa Bruce, left, with her daughter-in-law and her sister in Manhattan Beach in the 1920s. Credit: California African American Museum, via Alison Rose Jefferson 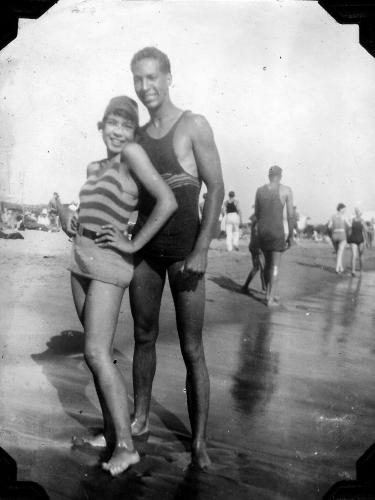 The Bruces made their investment in the era of Jim Crow, amid a resurgence of Ku Klux Klan activities across the United States and campaigns of white supremacist terror and lynchings that drove millions of African-Americans away from the South. There was less violence against Black people in California at the time, but discrimination was rampant.

Still, the resort at Bruce’s Beach appeared to prosper. Black-and-white photographs from the era captured beachgoers wearing bathing suits and bright smiles, couples lounging in the shade and families playing in the surf.

In time, a small community of Black landowners bloomed around the resort. According to Dr. Jefferson’s book, these included George Prioleau, a formerly enslaved retired Army major whose family developed a duplex along the shore; Mary Sanders, a caterer from Canada who was known as a skilled entrepreneur; and John and Bessie McCaskill, who hosted elaborate beachside breakfasts.

But some white neighbors and city officials were intent on dismantling the community. Black visitors to the beach endured harassment, slashed tires and arbitrary regulations. The California Eagle, a Black-owned newspaper, reported that the Ku Klux Klan was active along the California shoreline during the 1920s. 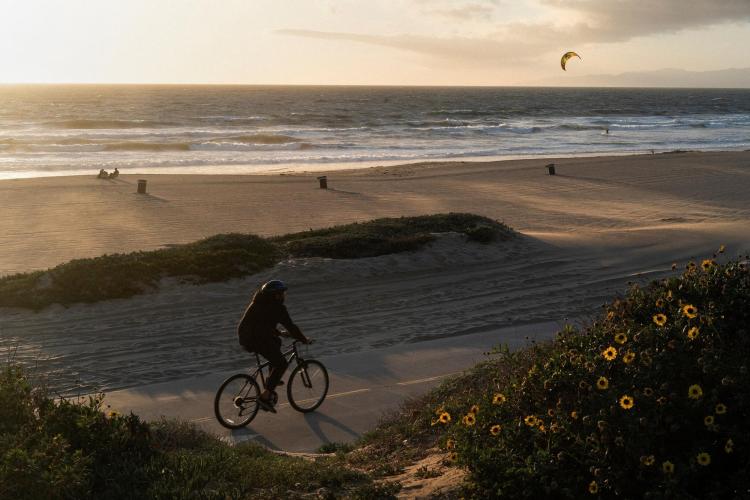 Los Angeles County is considering options including handing over the property, paying monetary restitution and leasing the land from members of the Bruce family. Credit: Gabriella Angotti-Jones for The New York Times

And in 1924, the city condemned the Bruces’ property, claiming eminent domain in order to use the land as a park. The couple, both of whom were in their 60s, eventually moved to Los Angeles.

The land they left behind would not be developed as a public park for more than three decades.

Tourists continued to visit Bruce’s Beach after the resort was shuttered. So did members of the N.A.A.C.P., who participated in a “swim-in” to assert their right to the sea in 1927, according to Dr. Jefferson’s book. Several Black beachgoers were arrested that year.

As the decades passed, Manhattan Beach grew to become an affluent city of about 35,000 people, a vast majority of whom are white. According to 2010 census data, less than 1 percent of the population is Black.

In October, Manhattan Beach convened a task force of 13 residents to come up with recommendations for the city to right historical wrongs. Next week, the City Council will meet to discuss those recommendations, which include changing the plaque, erecting an art installation and issuing an apology.

“That’s fine,” Ms. Ward said. “But there are things they could address if they were thinking creatively — if there really was a will to become a more diverse, equitable and inclusive place.” She suggested that officials consider forward-looking measures like a commitment to affordable housing.

At the county level, officials are expected to meet with Bruce family descendants next week to discuss handing over the property, which could also involve monetary restitution or an agreement to lease the land from the family.

But Mr. Shepard said the city that condemned the land should be the one to make amends.

Los Angeles County “is talking about restoring the land to us,” he said. “But the restitution and punitive damages, Manhattan Beach is going to have to pay. We’re going to keep up with them until we get it.”