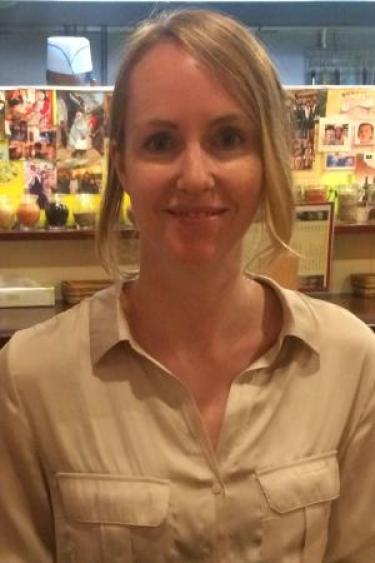 Megan Husby has been intrigued with Japanese culture and language since her junior year in high school, when she had a Japanese roommate at the arts boarding school she was attending. She went on to study Japanese at the University of Montana and the University of Colorado Boulder, where she earned an MA in Japanese literature with a focus on applied literary translation. She has spent close to 14 years in total living in some beautiful parts of Japan, traveled far and wide in Japan and other parts of Asia, and worked in the private, public, and non-profit sectors and as a translator and interpreter. Husby-sensei has taught Japanese at CU Boulder for 5 years as a Teaching Assistant and Lecturer and has also been involved with Japanese-English bilingual classes for children at the Japanese Academy of the Rockies. Along with her teaching work, she continues to work as a professional Japanese-English translator. She enjoys sharing her love for Japanese language and culture with her students and hopes their lives will be enriched and their ideas about the world and their place in it challenged and expanded through learning Japanese.

Thanks for your interest in ALTEC.

Mainline: 303.492.6217
We welcome your questions or comments.
We will respond as quickly as possible.