Home News & Events News In the Spotlight A Decade of Fukushima: Scholars discuss the implications of the Fukushima disaster for how we live in the nuclear age

A Decade of Fukushima: Scholars discuss the implications of the Fukushima disaster for how we live in the nuclear age 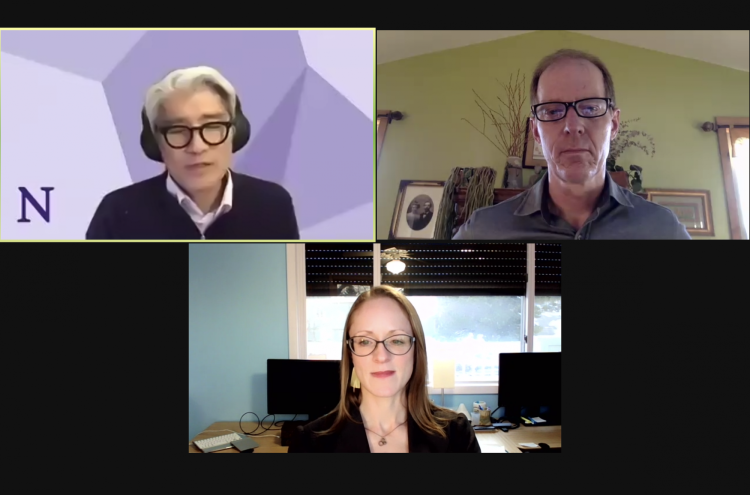 This was the first of what will be three workshops organized by the Center for Asian Studies for the project A Tale of Two Asias: Living in and Beyond the Nuclear Age, funded by the Albert Smith Nuclear Age Fund. In this project we compare and contrast the experiences of Japan and China as they each pursue distinct nuclear energy paths. The project focuses on the local-scale, on-the-ground social, cultural and political effects of the development of nuclear energy infrastructures in Japan and China and, eventually, other Asian countries where China seeks to export its nuclear energy development.

With this first workshop, attention focused on the experience of Japan which, 10 years ago, experienced the triple disaster earthquake, tsunami, and nuclear reactor meltdown in the northern Tohoku region. Presentations explored sociotechnical perspectives on how people in Japan have lived with the aftermath of the March 11, 2011 events. A ‘sociotechnical perspective’ is meant to recognize that nuclear power enrolls people, as individuals and as social collectivities, into a particular and peculiar set of relationships with technology. Those relationships blur the boundaries between science and society, and between technology and culture, in unique and compelling ways. For instance, how do people – in their everyday lives – understand and practice their relationship to radiation? How do they calculate different kinds of risk? How do they come to be involved in the measurement of radiation and the science of predicting health-related effects of radiation?

While the issues swirling around nuclear power are often portrayed in purely technical terms, the workshop’s aim was to demonstrate that nothing is ever ‘just technical’. Workshop presenters consider questions such as: How has the nuclear disaster brought about a crisis of expertise as people within the radiation zone live in a condition of uncertainty regarding the effects of radiation on their bodies, their animals, plants and soil? What have been the unexpected political outcomes of people’s encounters with nuclear technology? How do we define responsibility when considering the risks and benefits of nuclear energy? How have cultural practices been shaped by people’s relationship with the technologies and infrastructures of nuclear power, or with the technological interventions brought about by the disaster? In considering questions like these, workshop participants interrogated the intersections between cultural and social practices and technical or scientific processes in Japan’s efforts to address nuclear disaster risks, vulnerabilities and resiliency. Papers presented at the workshop will soon be available on the project website.