CAS Launches Cultures and Languages Across the Curriculum at CU

CAS launched a pilot Cultures and Languages Across the Curriculum (CLAC) program in the fall, with the goal of improving intercultural language and cultural literacy skills for domestic students of Asian cultures and empowering international students from Asia to use their native languages as well as English. The program was made possible by a grant from the College of Arts & Sciences’ Undergraduate Education Development Program and continues to develop at CU, through efforts by CAS Executive Director Danielle Rocheleau Salaz and CLAC Coordinator Mark Pleiss from the Graduate Teacher Program, as well as assistance from the CLAC Consortium, an academic organization managed by officers from participating universities across the United States.

The goal of CLAC is to improve global competence for students and to create alliances among educators to find ways to incorporate international dimensions into course syllabi. Moreover, CLAC can engage and empower international students by allowing them to use their native cultural and linguistic skills in classrooms that otherwise require the use of translated materials.

CAS employed two models of CLAC during the fall semester. The first consisted entirely of native Chinese speakers who met during a 1-credit CLAC seminar that met outside of the parent course, Assistant Professor of Chinese Andrew Stuckey’s Literature & Popular Culture in Modern China.

Students read the translated materials from the parent course in their native language and discussed the differences between the two. They were also responsible for sharing ideas and other personal and collective forms of cultural knowledge from the texts both during the class and in the parent course.

The second model consisted of native speakers of English who met weekly in conjunction with Assistant Professor of Religious Studies Aun Hasan Ali’s Introduction to Islam course. During this class, students had the opportunity to ask questions about the material, investigate cultural components of Islam, and share what they learned during weekly presentations in the parent course. 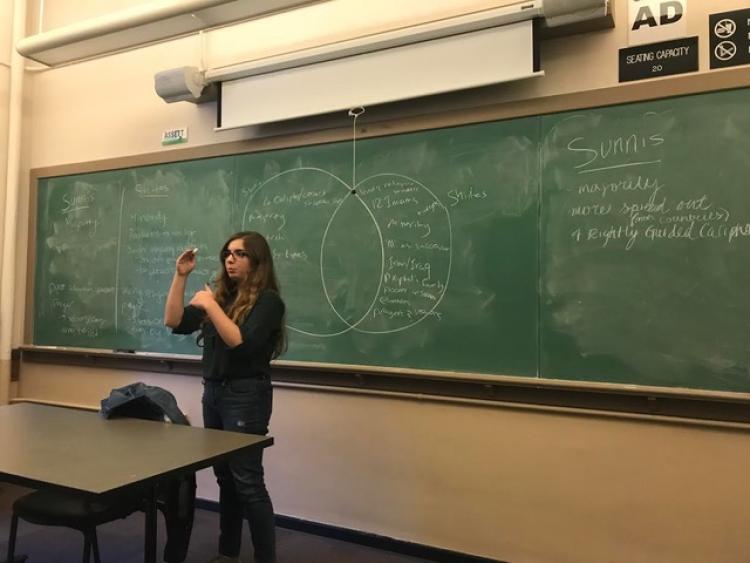 The program continues this semester with a CLAC course connected to History Professor Marcia Yonemoto’s course Writing Lives: Diaries, Memoirs, Autobiographies, and Letters as Historical Sources in Japan and Japanese America, 1860-1950. Graduate assistant Anna Blaine facilitates a third model, wherein native English speakers who are learning Japanese meet weekly to study, analyze, and discuss texts written in the original Japanese. Students are given the opportunity to use their language skills and to enhance their studies through increasing intercultural competence and cultural literacy.

For more information about CLAC at CU, visit www.colorado.edu/cas/initiatives.