As part of our commitment to the development of Southeast Asian Studies, the Center for Asian Studies, in collaboration with the CU Boulder Education Abroad Office, runs a Southeast Asia Study Abroad​ Scholarship Program to help CU students explore Southeast Asia and develop valuable knowledge about this oft under-studied region of the world. Recently, Helen McGinnis, a senior at CU Boulder and one of our scholarship recipients, kindly shared some of her experiences studying in Ho Chi Minh City, Vietnam.

Ho Chi Minh City, Vietnam is notorious for its chaotic streets, where the constant stream of traffic is mostly made up of motorcycles or scooters. In 2016, up to 8.5 million motorbikes were on the roads in Ho Chi Minh City, more than the official city population of 8 million people, due to many commuters and migrant laborers. Upon my arrival in September 2017, the thought of crossing a street was anxiety-inducing, let alone the thought of voluntarily riding on the back of a motorcycle taxi, or xe ôm (which literally translates to “hugging vehicle,” because passengers hug the motorbike driver to stay secure). However, the necessity of riding on motorbikes for cheap, reliable transportation in the city pushed me to strap on a bright blue helmet and hop on the back of a motorbike. 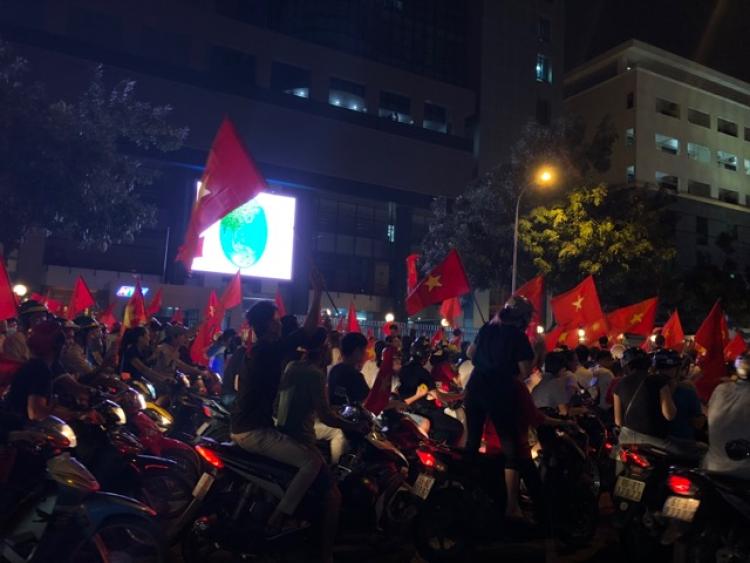 That first motorcycle ride marked the beginning of my immersion into daily life in Vietnam. I giggled and flinched the whole ride at near collisions with other bikes and occasional detours onto sidewalks, but with each skillful weave, my friend Trang, the driver, built up my confidence that we were not going to die on the way to the local market. That confidence was coupled with a rush of excitement that came from riding alongside so many other Vietnamese motorbike drivers and passengers. There is a unique sense of solidarity that came from sharing the narrow, bumpy streets with other people who are also traveling at an arms length away. 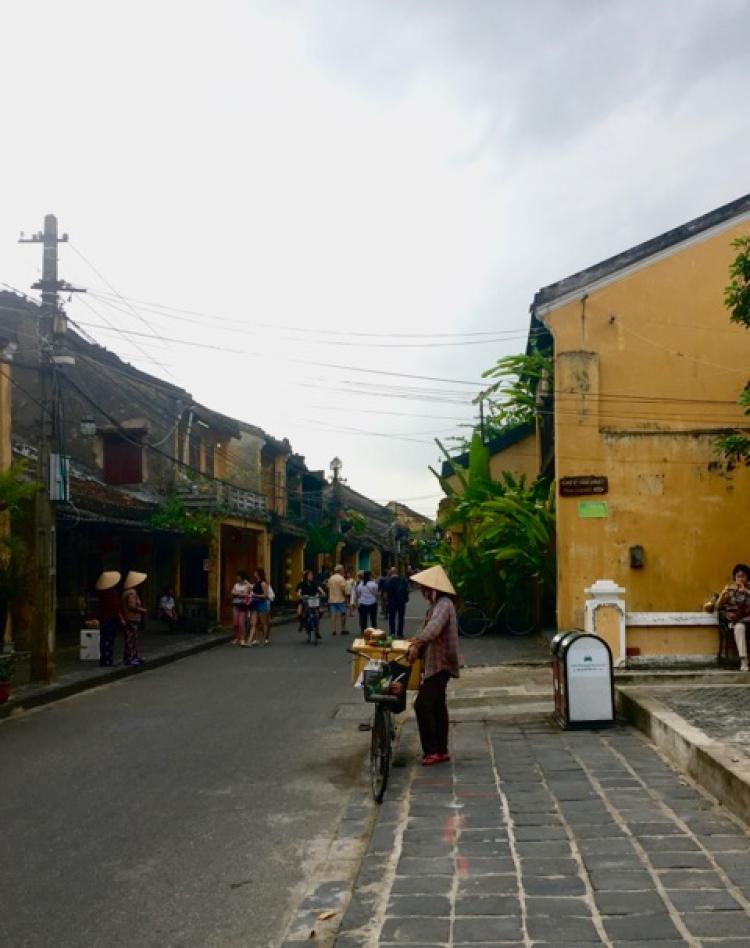 My host mother, a sweet grandmother in her early sixties who speaks no English, drove me to my classes on her motorbike every day. Feeling the (somewhat polluted) breeze on my face every morning was the best way to wake up, and I was never bored on those forty-minute commutes because every block we passed had something new or unexpected to see. We passed elderly women selling five-cent mangoes and jackfruits on street corners, bikes with a family of five riding together on one seat, street roosters roaming freely, and a blur of faces and people that all have life experiences and stories to tell that are so different from my own. I always had a huge smile under the face mask I wore to shield my mouth and nose from the pollution, and after one particularly exciting ride to school (where we passed a brood of ducklings on a street corner), I gave my host mother a big hug while saying “hẹn gặp lại” (see you later). She has treated me like her own daughter ever since.

Two more lessons I learned from observing motorbikes go hand in hand. First: completing everyday tasks in Vietnam is not easy. Second: Vietnamese people will find a way to do anything, despite difficulties. I have seen countless refrigerators and washing machines strapped to the back of motorcycles in the city. Even more noteworthy were the motorbikes driving down winding dirt trails in the far northern regions of Vietnam, where poverty is still high and life is very different.    In a remote village in Lao Cai Province, I saw one man with a mini-fridge strapped to the back of his motorbike attempt to go up a steep hill on a dirt road, only to be flung backwards when the weight of the fridge forced the front wheel up and then flipped the bike. Apparently unhurt, he simply stood up, picked up his bike, put his flip-flops back on, and walked it up the rest of the hill, an incline that made my legs burn, even in my hiking boots. 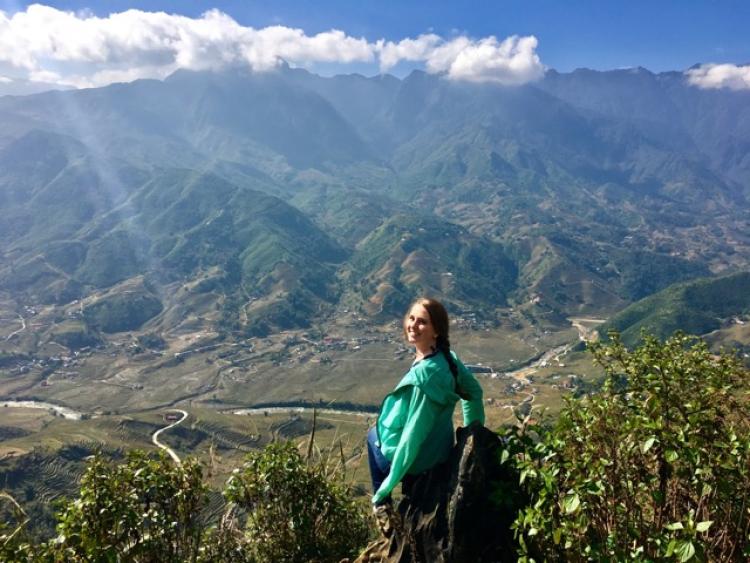 Despite the relative discomfort and safety risk motorbikes present to foreigners, the growing access to motorbikes and roads to drive them on has drastically improved the quality of life for many ethnic minority villages located in remote, mountainous areas in the far north. One day in early December, my new friend Xa, a 23-year-old Black Hmong woman who speaks six languages despite never attending school and being completely illiterate, drove me on her motorcycle to several tiny villages to help me interview ethnic minority women as part of my independent research project. We drove along dirt roads covered in potholes and saw new roads under construction, with local men and women digging up rocky soil to pave the way for motorbikes. For many people, access to a motorbike meant a walk to the hospital, previously two or three days, would only take a few hours. Bringing produce or livestock to a market quickly could leave more time for education or farming. The children I taught for ten days in a rural school will not look like their elderly grandparents, who all walk with hunched backs from a lifetime of carrying baskets of fertilizer or food for miles of hilly trails among the rice terraces. 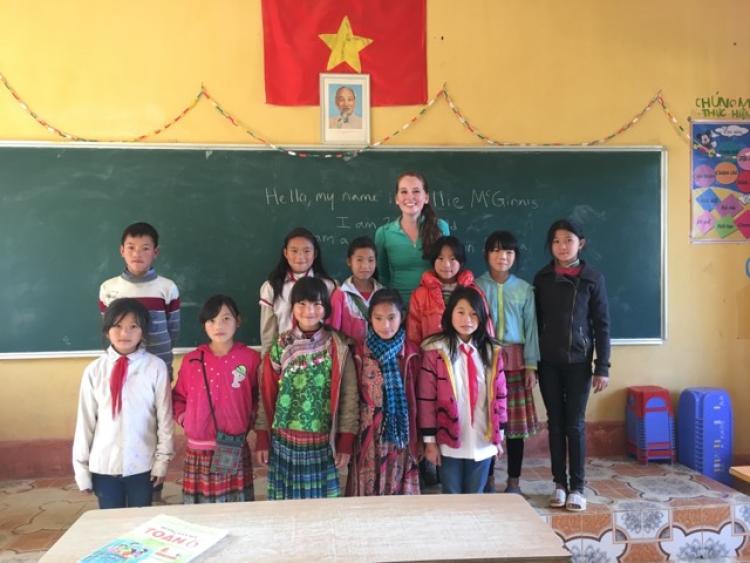 One woman I interviewed for my research told me about her late grandmother’s reaction to the first motorbike she saw pass through their Hmong village in Lao Cai Province. At more than seventy years old, the grandmother had been sick, unable to leave the house for years, and constantly saying she was ready to die. When she saw the first motorcycle, she told her family she no longer wanted to die- she wanted to go for a ride and stick around to see what else was coming in the future.

It’s that kind of optimism and excitement for the future that defines the Vietnam I have come to love. Daily life is not easy, but Vietnam and its people have overcome a long history of suffering under foreign rule, war, and poverty to evolve into a country that pulses with the strength and energy that will continue to propel the nation forward.

In my final days in Vietnam before I returned home for the holidays, I unwisely attempted to drive a motorcycle on my own. I crashed my bike on the highway, but luckily my helmet prevented me from a serious injury and I walked away with only a bruised chin and an unsightly scrape on my leg. Hopefully the scar that motorbike left will fade with time, but the memories I have of my time in Vietnam, the passion I have for its culture, and the hope I have for its future will always be with me. 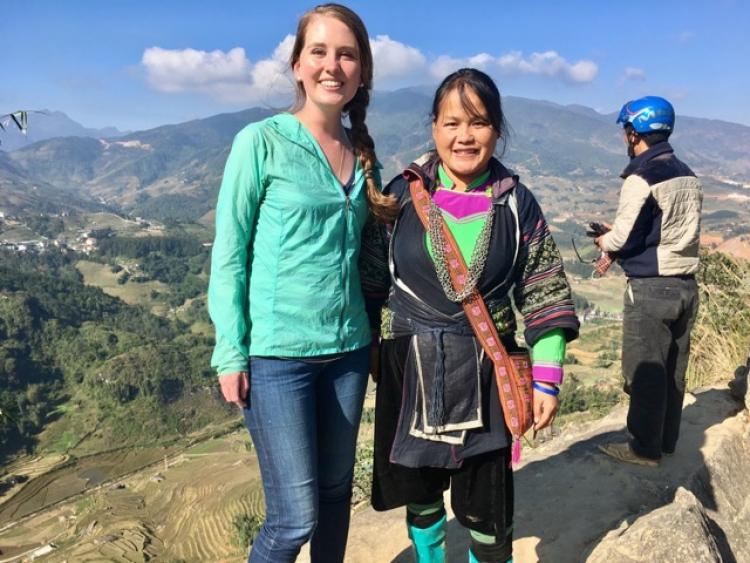