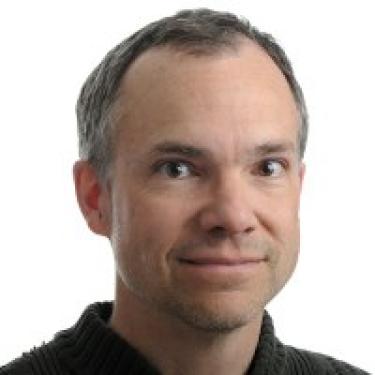 Sean Eddy is a computational biologist at Harvard University where he is a Howard Hughes Medical Institute investigator and the Ellmore C. Patterson Professor of Molecular & Cellular Biology and of Applied Mathematics. Before his recent move to Harvard in 2015, he spent nine years as a group leader at HHMI's Janelia Research Campus near Washington DC and eleven years as a faculty member in the Department of Genetics at Washington University in St. Louis.

He is interested in deciphering the evolutionary history of life by comparison of genomic DNA sequences. His expertise is in the development of computational algorithms and software tools for biological sequence analysis. He is the author of several computational tools for sequence analysis including the HMMER and Infernal software suites, and a coauthor of the book Biological Sequence Analysis: Probabilistic Models of Proteins and Nucleic Acids (Cambridge University Press, 1998).

He received a bachelor's degree from Caltech, a Ph.D. from the University of Colorado at Boulder, and did postdoctoral work at NeXagen in Boulder and at the MRC Laboratory of Molecular Biology in Cambridge, UK. He serves as an advisor to several foundations and agencies in the US and UK, including the US National Institutes of Health, the US National Academy of Sciences, and the UK's Wellcome Trust, often on matters of large-scale computation and data analysis in the biological sciences.