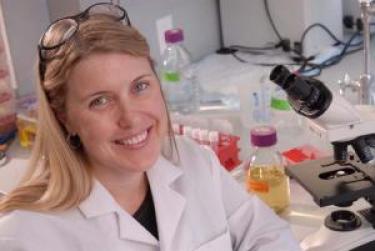 Dr. Sara Sawyer combines methods from bioinformatics, genomics, and evolutionary theory to investigate emerging human and animal viruses. Sawyer received a B.S. in Chemical Engineering from the University of Kansas. She then worked as a offshore drilling engineer in the Gulf of Mexico before earning her Ph.D. in Genetics and Development from Cornell University. During her graduate studies, Dr. Sawyer investigated the regulation of DNA replication in yeast. She then obtained postdoctoral training with the Fred Hutchinson Cancer Research Center working on the molecular evolution of antiviral proteins, where she developed a bioinformatic method for identifying interactions between host and virus proteins. Dr. Sawyer then served as an Assistant Professor at UT Austin, where a collaborative study led to the creation of HIV resistant immune cells.

Dr. Sawyer was recruited to the BioFrontiers Institute in 2014 as an Associate Professor in the Department of Molecular, Cellular, and Developmental Biology. Both genomics and virology inform Dr. Sawyer’s current inquiry into the co-evolutionary dynamics between virus and host. The Sawyer lab turns to genomics to trace the evolutionary history of antiviral genes in humans and primates, as well as viral proteins that can evade the immune system. Approaching virology from a perspective driven by evolutionary theory has led the Sawyer lab to pursue translational and technological innovations. For instance, her lab has improved next-generation sequencing techniques necessary for assessing variation in viral populations.

Sara Sawyer’s research has illuminated novel tools for studying virus evolution and examining the interaction interface between host and virus. She has taught undergraduate and graduate courses on the application of quantitative tools to characterize emerging infectious diseases.  Her contributions to the field of virology and evolution were honored by an Omenn Prize for the best evolutionary medicine paper of 2013, and a Presidential Early Career Award for Scientists and Engineers (PECASE) in 2011. She was also recently selected as a recipient of the 2018 Avant-Garde Award for HIV/AIDS Research from the National Institute on Drug Abuse. In an interdisciplinary pursuit, Dr. Sawyer answers longstanding questions about how new viral diseases arise from nature. 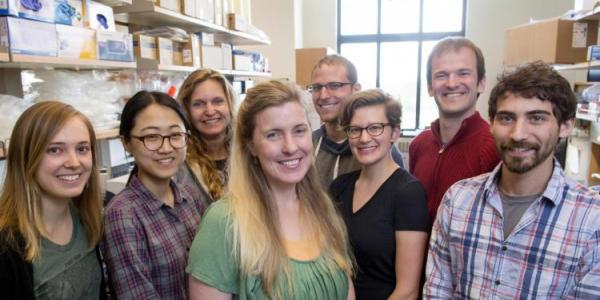 Flaviviruses such as dengue encode a protease that is essential for viral replication. The protease... END_OF_DOCUMENT_TOKEN_TO_BE_REPLACED 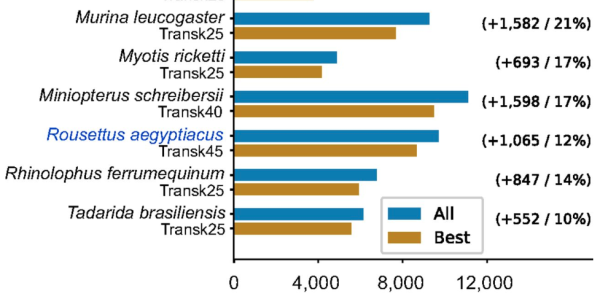 Historically, the evolution of bats has been analyzed using a small number of genetic loci... END_OF_DOCUMENT_TOKEN_TO_BE_REPLACED
Return to the top of the page