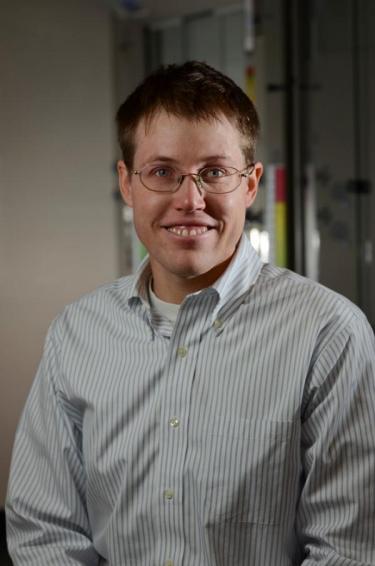 Loren Hough studies the biophysics of disordered proteins and develops innovative methodology to investigate previously uncharacterized protein domains. He joins physical, computational, and biological approaches to find new applications for established technology. Hough received a B.A. in physics from Harvard and a Ph.D. in physics from the University of Colorado Boulder. He began his graduate studies researching liquid crystal phases, but evolved into experimental biophysics near the end of his graduate work. Dr. Hough completed his postdoc at Rockefeller University, where he began his in cell studies of disordered proteins. This work led Dr. Hough to an ambitious research program using nuclear magnetic resonance (NMR) spectroscopy to study protein activity in living cells. Although this work was once considered technically forbidding, Dr. Hough is not daunted by traditional boundaries.

Dr. Hough was recruited to the BioFrontiers Institute as an Assistant Professor in the Department of Physics in 2012. Much of his research at BioFrontiers has centered on tubulin, an essential scaffolding protein. Tubulin is thought to control many cellular processes, but the mechanism behind this regulation remains unclear. The Hough lab studies tubulin by examining the ends of tubulin molecules, called the C-terminal tails. In a creative and cross-disciplinary process, Dr. Hough uses bacteria and Tetrahymena to label tubulin in preparation for NMR. Isotopic labels are incorporated into bacteria and these bacteria are fed to the protozoan Tetrahymena thermophilia. Once the isotopes are digested, NMR is used to visualize tubulin activity in T. thermophilia. Dr. Hough also applies this technique to other disordered protein domains, particularly those implicated in neurodegenerative diseases such as Alzheimer’s and Parkinson’s disease. This application of NMR is entirely novel and blends biological systems with physical tools.

Dr. Hough’s innovative research program has already garnered significant attention. He was honored as a Boettcher Investigator in 2014 and received a MIRA grant from the NIH in 2016. Dr. Hough has created a state-of-the-art biophysics laboratory and is an engaging mentor for the next generation of interdisciplinary scientists. He has instructed the IQ Biology foundational course and acts as a faculty advisor to CU Café, a group focused on inspiring students from underrepresented backgrounds. Dr. Hough is committed to fostering diversity within the scientific community on many levels, by mentoring students from diverse backgrounds and bridging previously disparate areas of research. Dr. Hough is conquering uncharted territory in proteomics, using novel approaches to solve essential biological problems. 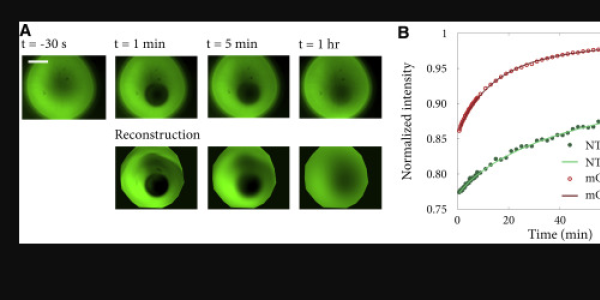 Bound-State Diffusion due to Binding to Flexible Polymers in a Selective Biofilter.

Selective biofilters are used by cells to control the transport of proteins, nucleic acids, and... END_OF_DOCUMENT_TOKEN_TO_BE_REPLACED 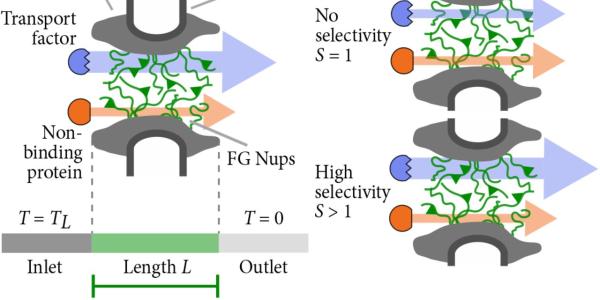 In biological systems, polymeric materials block the movement of some macromolecules while allowing the selective... END_OF_DOCUMENT_TOKEN_TO_BE_REPLACED 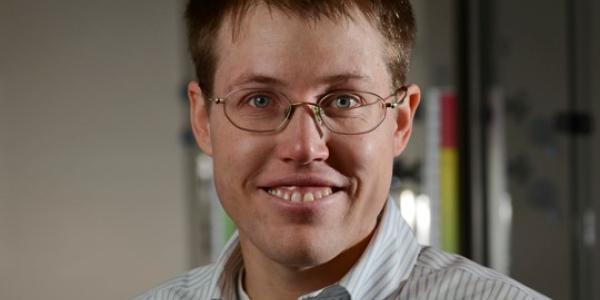 Scientist develops a new way to look at a cellular shapeshifter

Tubulin, a protein found in your cells, quietly lends itself to many life processes. It... END_OF_DOCUMENT_TOKEN_TO_BE_REPLACED
Return to the top of the page