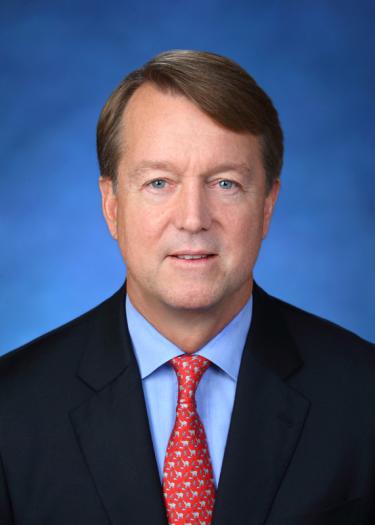 Ken is president of Goldman Sachs in Asia Pacific Ex-Japan. He is a member of the firm’s Management Committee and cochairs the Asia Pacific Management Committee. Ken began his career with the firm as a summer associate in 1991 and joined the Corporate Finance Department in 1992. He joined the Healthcare Banking Group as a founding member in 1995 and became head of the global medical device banking practice in 1998 and head of the global pharmaceutical banking practice in 2001. Prior to assuming his current role in 2013, Ken served as global head of the Healthcare Banking Group and as global co-head of the Technology, Media and Telecom Group. He was named managing director in 2000 and partner in 2002. Prior to joining the firm, Ken was a lieutenant commander and naval aviator in the US Navy. Ken is an adjunct professor at Columbia Business School, a member of the board at Hackensack Meridian Health and a member of the BioFrontiers Institute Advisory Board at the University of Colorado. He also serves on the board of the Faculty of Business and Economics at The University of Hong Kong, and the Asia Pacific Council of The Nature Conservancy. Ken earned a BA from the University of Colorado and an MBA as a merit fellow from Columbia University Business School.