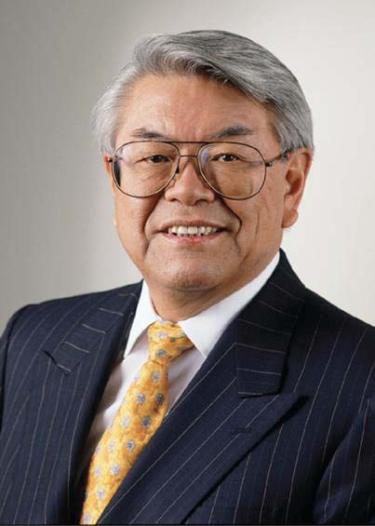 John J. Sie is founder and former Chairman of Starz Entertainment Group LLC (SEG). Founded in 1991, the Colorado-based company is owned by Liberty Media Corporation and is the parent of 13 premium movie networks, including Starz and Encore. Sie, a native of China, came to the United States at the age of 14 in 1950. He stayed at a Catholic orphanage on Staten Island, N.Y. until he graduated from high school in 1953. He received B.E.E. and M.E.E. degrees from Manhattan College and Polytechnic Institute of Brooklyn. Many people consider Sie the father of digital television – in 1989 he submitted the very first white paper on digital compression to Congress and the FCC that would dramatically change the landscape of television in the United States and the world. Sie stepped down as CEO of SEG, a post he had held since the company was founded, in order to devote more time to his family and philanthropic activities. Throughout his professional life, Sie received numerous awards and honors. Most recently in 2010, The Community Cultural Enrichment Award, Mizel Museum; in 2009, The Chinese American Hero, Asian Week Magazine; in 2008, The Asian Pacific Americans in Business, Voices from Colorado; and in 2003 Inductee, Cable Television Hall of Fame. He is a member of the prominent Committee of 100, a national non-partisan organization composed of outstanding American citizens of Chinese descent. In 2005, Sie and his wife Anna established The Anna and John J. Sie Foundation. The Foundation supports the sharing of knowledge amongst peoples and cultures throughout the global community, with emphasis on Down syndrome, education, media, business, and technology. In September of 2008, the Foundation became the founding donor of the Linda Crnic Institute for Down Syndrome, the first global institute to encompass basic research, clinical research and clinical care specifically for people with Down syndrome.