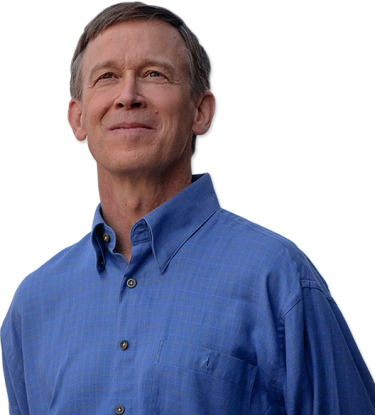 John Hickenlooper served as Governor of Colorado from 2011-2019. He previously served as Mayor of Denver, elected first in 2003 and re-elected in 2007. In April 2005–less than two years into his first term–Time Magazine named the political newcomer one of the top five “big-city” mayors in America. He made Denver history with his nearly two-to-one margin of victory and began his term by assembling the most diverse team of city leadership Denver has ever known. Under his leadership, civic engagement and participation throughout the city and Denver metro region increased, building strong bonds and partnerships that transcend partisan and geographic lines. A respected entrepreneur, then-Mayor Hickenlooper was also involved with numerous downtown Denver renovation and development projects and is credited as one of the pioneers that helped revitalize Denver’s Lower Downtown historic district. In recognition of his efforts, he received a National Preservation Award from the National Trust for Historic Preservation. Hickenlooper earned a Bachelor’s degree in English and a Master’s degree in Geology from Wesleyan University.