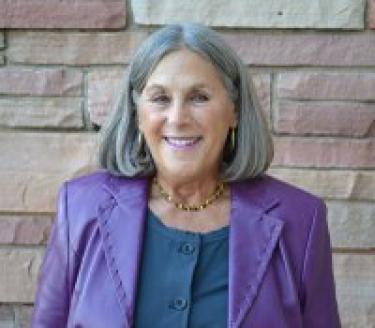 Co-founder of the Butcher Symposia and Seed Grants • Former Chair of the Conference on World Affairs • Board Member, Foundation for National Progress

• She also sits on the Advisory Board for the BioFrontiers Institute and, along with her deceased husband, Charlie, founded the Butcher Symposium within the Institute.

• Jane has served on several other boards at the university, including the Dean’s Advisory Board for Arts and Sciences, which she chaired for several years. She also previously chaired the campaign for the Women’s Studies Cottage.

• She was president of the Women of the West Museum which has merged with the Autry National Center and has served on the board of the Foundation for National Progress for the past 20 years. The Foundation publishes Mother Jones Magazine.

• Jane has served on numerous other community boards, and currently sits on the Local Theater Company board and 10.10.10 board in Denver.

• Jane enjoys her large family: seven children and eight grandchildren, so far. They span the country from Alaska to Maine.