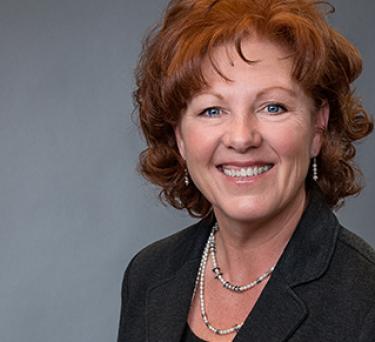 Ginger Graham is the former President and Chief Executive Officer of Amylin Pharmaceuticals, a biotech company focused on diabetes and obesity.  During her tenure the company launched two first-in-class medicines for people with diabetes, was listed on the Nasdaq 100 and was rated as one of the Top 10 places in the industry for scientists to work.

Prior to her time at Amylin, Ginger was Group Chairman, Office of the President for Guidant Corporation, as the company launched the world’s leading stent platform, was listed in the Fortune 500, was recognized by Fortune Magazine as one of the Best Companies to Work For in America, and was included in Industry Week Magazine’s 100 Best Managed Companies in the World.

Ginger has received numerous awards and honors including being listed in Pharma VOICE’s “100 of the Most Inspiring People.”  And World Pharmaceuticals magazine named her number 10 on a list of 40 most influential people in the industry.  Ginger was the first woman CEO named to the PhRMA Board and Executive Committee.

As a faculty member at Harvard Business School, she taught classes in entrepreneurship.  She has also written for Harvard Business Review, and is the subject of two HBS case studies.  Today she consults to first-time CEOs in the areas of leadership, strategy, board-effectiveness, and organization-building and serves public and private companies as a board member.

Ginger serves on the boards of directors for Walgreens Boots Alliance, Genomic Health, Elcelyx Therapeutics, Surefire Medical, and Clovis Oncology.  She is also a member of the Advisory Board for the BioFrontiers Institute at the University of Colorado.  In addition, she serves on the Advisory Board for the Kellogg Center for Executive Women at Northwestern University, and co-chairs the Scientific Council of the University of Colorado’s Center for Women’s Health Research.

She received a Bachelor of Science, with high honors, in agricultural economics from the University of Arkansas, and holds an MBA, with distinction, from Harvard University. She is an avid horsewoman, a former Miss Rodeo Arkansas, and the proud owner of 11 registered Quarter Horses.

Ginger has spoken to audiences from Monaco to New Delhi to D.C., sharing lessons she’s learned while running organizations and seeking continuous improvement in her own ability to lead.